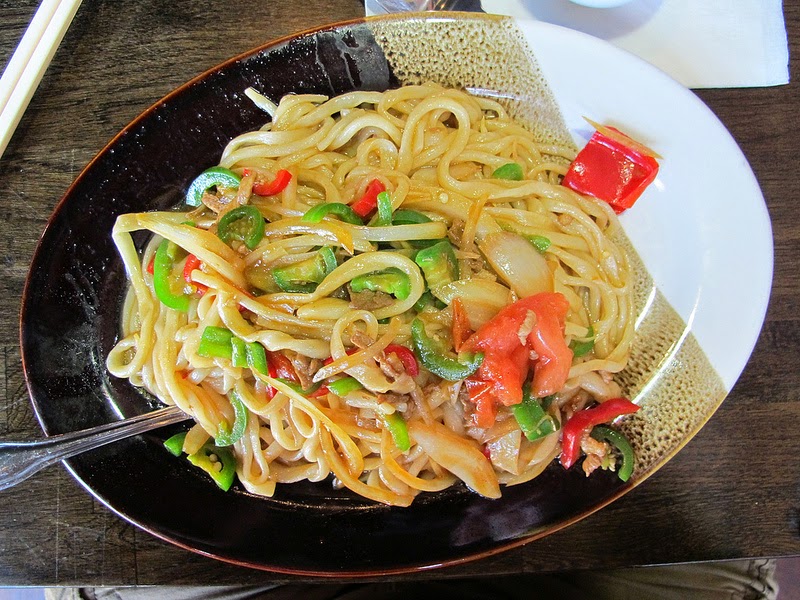 I headed for Terra Cotta Warrior with the intention a trying out the yang rou pao mo there, but my gaze wouldn't break away from the menu item "Shaanxi stir-fried wide noodles" (something about the "wide" in there).  After confirming that the dish had some meat in it (pork) I ordered it along with a side order of "Mixed cold shredded potatoes" (liang ban tu dou si in Chinese), another Xi'an specialty. 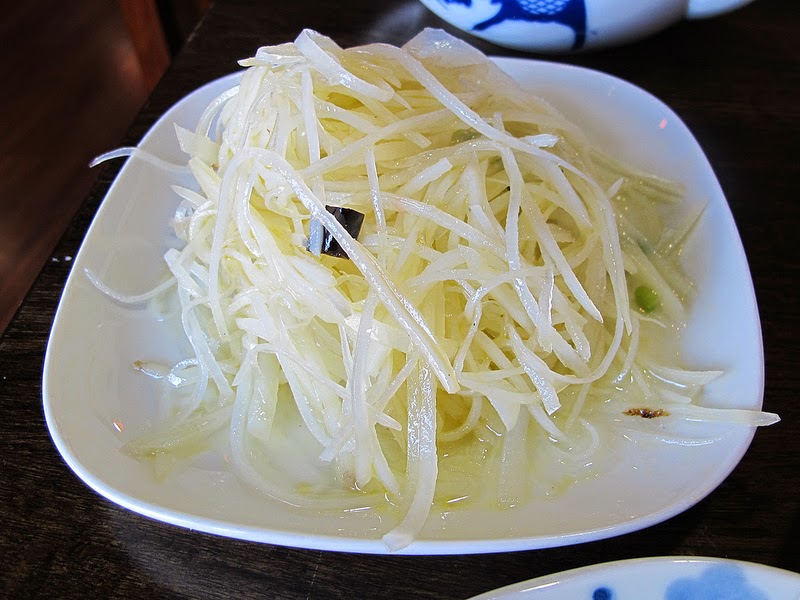 I wasn't quite sure what to expect, but envisaged some flat, belt-like biang biang style noodles. When my Shaanxi chao la tiao zi arrived, I was surprised (but not disappointed) that the dish that greeted my senses was instead a ringer for an Uyghur dish from further down the Silk Road in Xinjiang, geiro lagman.  Like the Uyghur dish, Terra Cotta Warrior's had chubby, irregular rope-like hand pulled noodles adorned with onions, tomatoes, red and green bell peppers and a few slices of jalapeno peppers to add a little heat.

The pork was a giveaway that this was a secular Shaanxi version, of course, and the dish had more sauce to it than its halal cousin would have had, being stir-fried rather than braised, as I believe the Xinjiang version is. But overall, the flavor mix and the robust, chewy noodles (WINNING!) of both versions make for a very satisfying culinary ecumenism, and I left not regretting having let the pao mo wait until another visit.