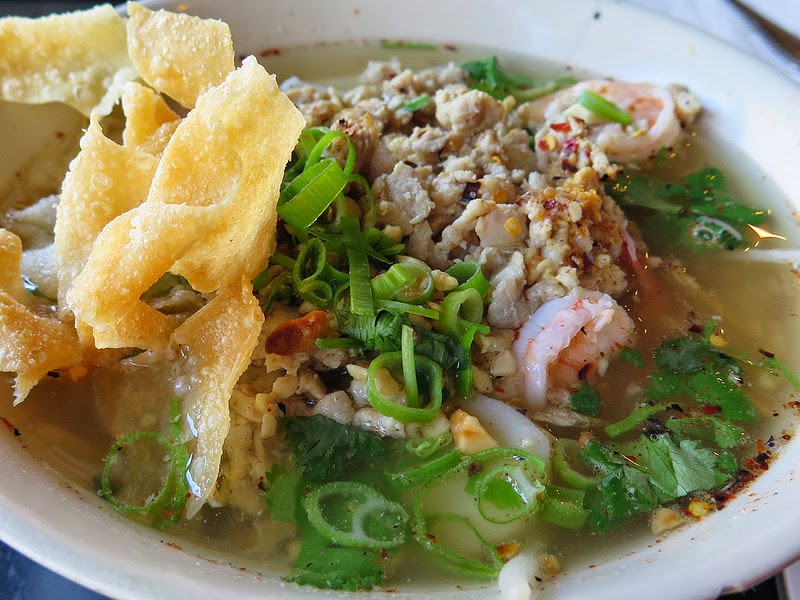 Let me make one thing clear: I do not like the Y-word. I never speak the Y-word. I've never used the Y-word before in this blog and never will again after this post. But there's something about Thai food that turns people into bad punsters. If you don't believe me, check out the names of Thai restaurants in your town.  So, excuse me for telling you the tom yum at Zen Yai Thai is tom yum-my. Damn tom yummy. Yummy, yummy, yummy, I've got love in my tummy for Zen Yai Thai's tom yum. There, I've said it.

To back up, I was reading notices at breakfast time of a Thai Noodle place in San Pablo and Jonathan Kauffman's descriptions made my mouth water. Not prepared to plan an all-day excursion to get me there and back by public transportation (if that is even possible), I searched my brain for local alternatives and Zen Yai Thai, of boat noodle renown. was right there.

Zen Yai Thai was jumping at 1:45, with a couple of tables full of raucous Thai birthday party-goers. (Raucous Thai, hey, that could be a restaurant name.) I was given a deuce by the window, and pondered the menu. I almost passed on Tom Yum, the ubiquitous and oft-bowdlerized hot-sour soup, but remembered that Zen Yai Thai's tom yum had a place on the "secret" boat noodle menu on the wall in Thai, alongside beef and pork boat noodles, and therefore had some street creds. I decided to go with it. 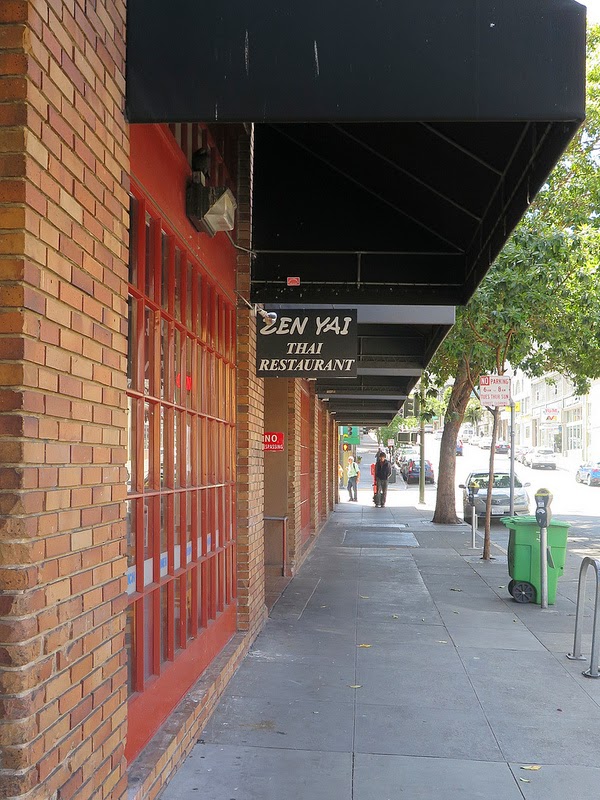 Zen Yai Tom Yum, as it's called on the menu, is described as "Spicy and sour soup served with shrimp, fish balls, minced chicken, and ground peanuts." At the server's suggestion, I ordered it with wide rice noodles. What arrived at my table was a symphony of flavors (hot, sour, salty, fishy and nutty) and textures, from the soft rice noodles to the firm jumbo shrimp, with crunchy and chewy sensations in between.  As can be seen in the picture above, there was a whole boatload of protein in there, fresh and of good quality, a meal's worth in a bowl of soup. The soup itself, once liberated from its solid contents, was mouth-puckering tart and lip-stinging spicy; delicious as home-made sin to the very last drop.


Zen Yai Thai's Tom Yum is the equal to any I've ever had, if not the best I've ever had. And yes, it was tom yum-my