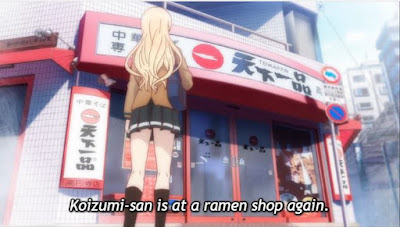 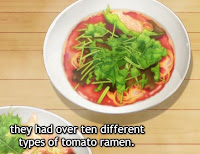 
I once read of a (possibly apocryphal) Japanese proverb thst reads "People suffering from the same disease have much to talk about."  Whoever penned that may have had rameniacs in mind.
Posted by Gary Soup at 10:17 AM 2 comments Links to this post

If you know me, you know that I will shine my little light into the deepest recesses of the World Wide Web looking for useful insights into noodles. .  You won't be surprised, therefor, that I found an interesting and informative piece on Cambodian noodles on Ricochet.com, which bills itself as "the leading place for civil discussion of the center-right and beyond."

The very civil post I found by member "LC", simply headlined as "The World's First Noodles," recounts in detail the life of a legendary Cambodian "trickster" (hmm...), Dhmen Jay, a young man who lived at the start of the Common Era in Nokor Phnom, the first unified Khmer kingdom (AD 100-500).  To make a long story short, he was exiled to China, got himself in and out of trouble and eventually left China wealthy for having introduced noodles to China.

Any claim for Mr. Dhmen to have invented noodles 2000 years ago, of course bumps up against science, since archaeologists have found a 4,000 year old bowl of noodles in Qinghai Province, China. It's possible, I suppose, he may have come up with the World's First Rice Noodles, or the World's First Fermented Rice Noodles to be specific,  though to demo the making of such noodles he woiuld have to have traveled with more equipment than a rock band, judging from the must-see video in the middle of this post.

After dispensing with the legend of Dhmen Jay, poster LC provided some truly useful info about Khmer noodles:

"The world’s first noodles or not, Khmers love num banh chok, which is the name of our noodles, and also the names of the dishes made with these noodles. Num banh chok is fermented rice noodles. First, the rice is soaked in water to soften the grains. The rice is then grounded into a liquefied batter with a stone mill. Afterward, the batter is placed in a cloth bag and a heavy stone is placed on top to squeeze out water, while the dough begins to ferment in the process. The drying dough is then boiled until it becomes soft, before being transformed into a smooth dough. The transformation process includes a lot of pounding and another boiling. After the second boiling, the dough becomes very hard. Next, it is pounded in a large stone mortar with a wooden pestle. After the pounding, the dough transforms from a hard ball to a smooth, elastic dough. It requires additional kneading by hand for some time. The dough turns snow-white; it looks almost like whipped cream cheese, and finally the dough is ready to be turned into noodles. The dough is spooned into a metal mold with a perforated bottom. Once the mold is filled, it is pressed down through the perforated bottom directly into boiling water. The cooked noodles are then rinsed in water until they’re completely cooled down. With the water squeezed out, the noodles are looped and coiled and they are arranged in a lotus or banana leaf-lined basket in concentric circles; the noodles are ready for the market or the table."

If you live in the Bay Area, you are fortunate to  be able to sample Khmer noodles and other classic Cambodian fare in a nostalgic environment (featuring 60's Khnmer rock and roll!) at Nite Yun's Nyum Bai in Fruitvale.

Posted by Gary Soup at 7:53 PM 0 comments Links to this post 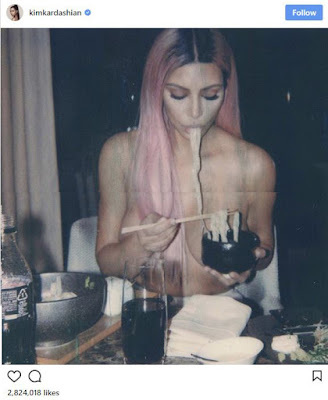 Posted by Gary Soup at 7:07 PM 0 comments Links to this post