Year Of The Phở? I'm Ready Pho It! 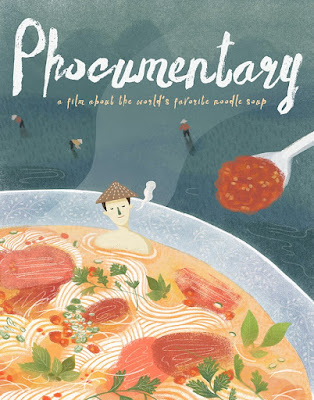 Phở , the Vietnamese soup that is healthier, more complex, and more widespread than ramen, is about to get its due. First came a Lucky Peach special (and look what LP did for ramen). It may not be quite "all you need to know" about pho, but it'll give you a giant head start. Early 2017 will also bring a couple of notable events, the publication of what will undoubtedly be a landmark of Vietnamese cuisine, The Pho Cookbook, by Andrea Nguyen. Who better than Andrea, author of Into the Vietnamese Kitchen, Asian Tofu, Asian Dumplings and The Banh Mi Handbook to expand our knowledge of this delightful noodle soup? It's due out February 7, 2017 and you can pre-order now.

Around the same time as Andrea's book is published, hopefully, we'll see a documentary about pho by Freeman LaFleur titled, yes, Phocumentary. It's a Kickstarter-financed project which I supported and have been following since its inception, and you can keep track of by the film's website. 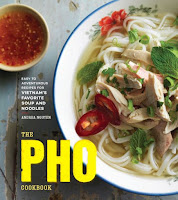 As you can tell from this post (d'oh), Full Noodle Frontity's hiatus has ended. I don't know if I just became un-bored with my own words, am trying to turn my back on all things political, or am just getting jazzed about The Year of Pho. Look for less ponderous posts and more noodle small talk. I've even made it easier to call up: simply type noodles.guru (he said modestly). Since I'm fortunate to live in the city with the most pho joints in the US other than Houston, I expect to spend more time expanding my pho consciousness.
Posted by Gary Soup at 10:21 AM 0 comments