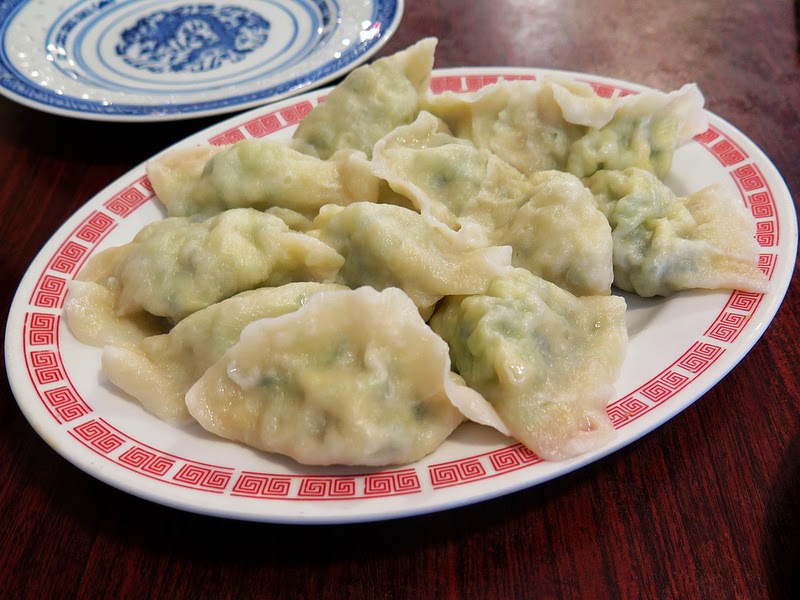 It was high time to wander off the noodle reservation again for a foray into the land of the noodle's 3D cousin, the dumpling.  It was a woman who put me up to it, namely Lily, the amiable dumpling mistress  at Xi An Gourmet. 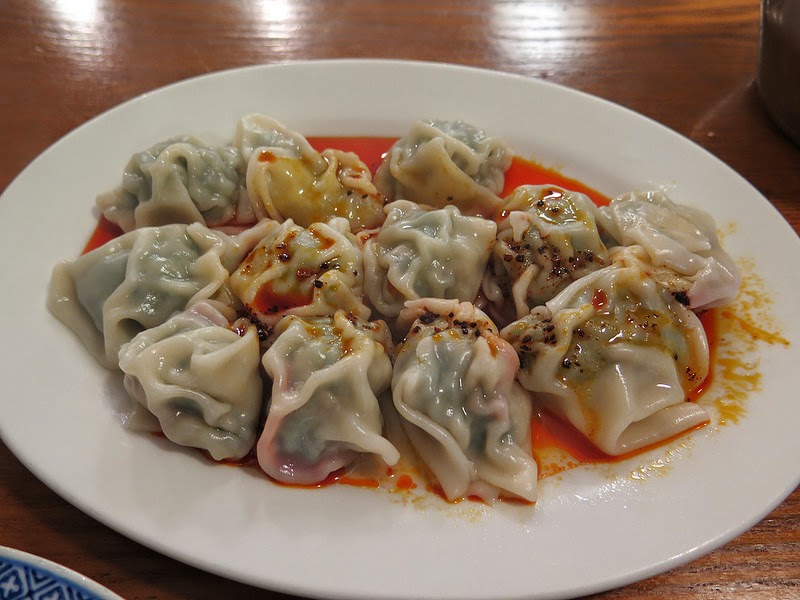 The week before, when I was at Xi An Gourmet vetting the lamb noodle soup, Lily recognized me from previous visits and approached my table after my meal to present the case for trying her dumplings.  She was from Qingdao, after all, and knew her shui jiao (boiled dumplings), especially ones in which seafood was involved. She started telling me in halting English about her creation that included scallops and shrimp in the filling,  and if her earnestness in pitching this dish hadn't sold me, the wontons in chili oil I had ordered as a side dish would have.  Also made from scratch by Lily, the thin-skinned marvels bursting with pork and shepherd's purse were so tasty on their own I almost wished I had asked for them without the chili oil. I promised I would return for dumplings.

Lily spotted me from the recesses just after I was seated at my table today and greeted me with a "Hello!"  I waved her over (she was not the server) and asked her what her best dumpling was. Wordlessly, she retreated to the kitchen and returned with a sample, a single jiaozi on a plate. "Seafood and cucumber," she announced. 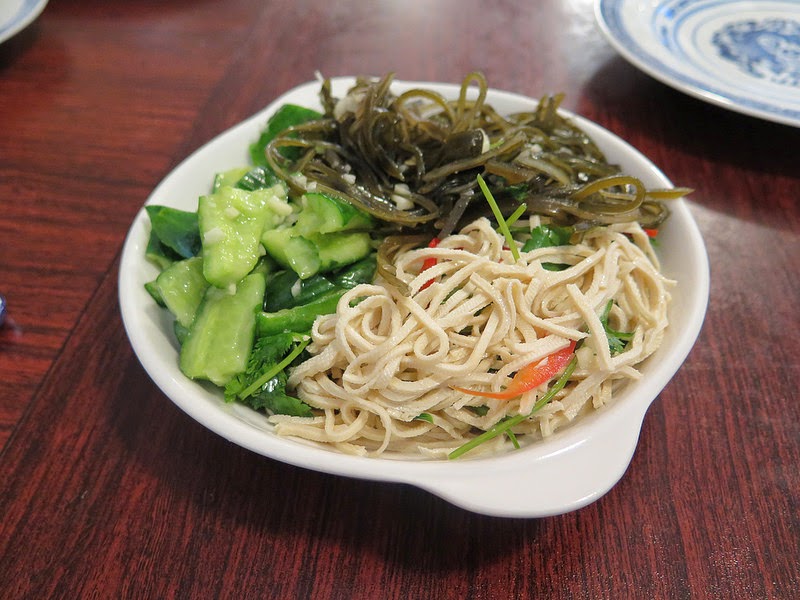 Sold, I ordered the seafood and cucumber dumplings along with a side dish of some pickled vegetables. (The latter was actually a hastily improvised substitute for "Spicy shredded potato" which they were out of, and turned out to be one of the best appetizers I have had in a while time). Though greatly appreciated, the side dish was hardly needed; the dumplings, 12 in number and plump and pregnant with cucumber, shrimp and scallops, were a hearty lunch-size bellyful.  This dish was not on the printed menu, but priced the same as the other dumpling dishes ($6.95, except for the basic pork and Napa cabbage, which was $1 cheaper).  The dumplings are also available for takeout frozen, at $12.95 for 30, and may be the match for any other in town, based on my one experience.