Disclaimer: I've never been to Singapore and until now the closest I've ever come to savoring the comfort food favorite known as mee pok has been watching the opening sequences of filmmaker Eric Khoo's Mee Pok Man, a melancholy story about the slow-witted young owner of a noodle stall patronized by prostitutes. I've watched those sequences over and over, salivating at the sight of the noodles (and maybe of the girls, too). I've never seen this dish called out on the menu of a restaurant in San Francisco, but thanks to the reports of some sharp-eyed Singaporeans and canny travelers on Yelp and other sites, discovered that a decent version exists on the menu of the venerable Tenderloin noodle house Hai Ky Mi Gia.

It makes sense that Hai Ky Mi Gia has mee pok on offer, as it's a Chaozhou (Teochew/Chiu Chow) dish.  It was Chaozhou Chinese who brought the dish to Singapore, and Chaozhou Chinese (by way of Vietnam) who brought San Francisco Hai Ky Mi Gia. In its traditional form, mee pok is made with wide egg noodles topped with fishballs (at a minimum) and other seafood and non-seafood ingredients, and typically served "dry." i. e. with the broth on she side. There are variants using skinny noodles, and it can be served "wet" (in soup). All versions are apparently possible at HKMG.

Hai Ky Mi Gia has more than 25 years of history on Larkin Street in what is now Little Saigon and appears to be always busy, especially on weekend afternoons when it's filled with enticing aromas and happy chatter. At 2:00 PM on a recent Sunday, I was fortunate to get a seat, sharing a four-top (actually two two-tops pushed together) and found service to be quite prompt. The classic mee pok is item number 7 on the menu, deceptively simply listed as "hai ky egg noodle soup (thick or thin)."  though the waitress confirms it as the "combination noodle soup" on repeating your order. To be sure it was true to form, I specified wide noodles, and soup on the side. 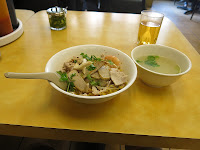 My order arrived quite promptly, considering how bustling the place was.  My bowl consisted of nicely chewy wide egg noodles, topped with fish balls, shrimp, minced pork, lean pork slices, pork pate (a nod to HKMG's Vietnamese heritage, perhaps) and some shredded chicken that I can recall. I added a little chili sauce and a squeezlet of hoisin sauce, tossed it, moistened it with a little of the broth, and dug in. In a matter of no time, thanks to my increasingly expert noodle slurping skills, the noodles, toppings, and broth were all gone.

To make a short story even shorter, suffice it to say I was very happy with my experience with the poor man's version of mee pok. Now there's this version with a whole braised duck leg that everyone else seemed to be having and...

I headed for Japantown to check out Ramen Underground's new Miyako Mall venue, but found them unaccountably closed at lunchtime today, so I wandered over to Suzu Noodle House in the Kinokuniya Building. Perusing the menu, it occurred to me I have been depriving myself of the pleasure of udon noodles, ever since my less-than-whelming experience with Kaka Udon, and so I went for the tempura udon. 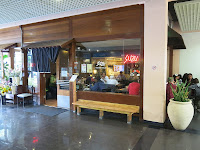 Suzu Noodle House is an ever-bustling place but the two servers on duty handled the activity with efficiency and aplomb and I had my udon in short order, tempura on  the side. (Got that, Kui Shin Bo?)*  The toothsome noodles were cooked just right, and the delicately seasoned fish broth piping hot.  The eight or so large pieces of tempura were greaselessly battered and came with a dipping sauce, which I alternated with the soup for dunking.  All in all it was very satisfying bowl for a chilly July day in Fog City, and an experience worth returning to.

Along the way I discovered, via a posted liquor license change in ownership application, that Suzu Noodle House was recently acquired by Union Square noodlery Katana-ya; according to a knowledgeable contact, Suzu was founded by a former partner at Katana-ya, so in a sense it's a matter Katana-ya's prodigal son returning to the fold. In any event, it puts two of San Francisco's busiest noodle houses under one ownership.

*Something of a personal joke, which you can guess at if you knew the former Kui Shin Bo proprietress. 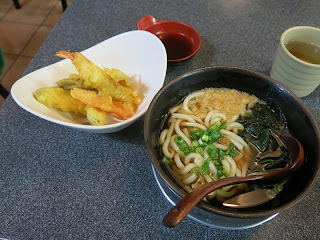 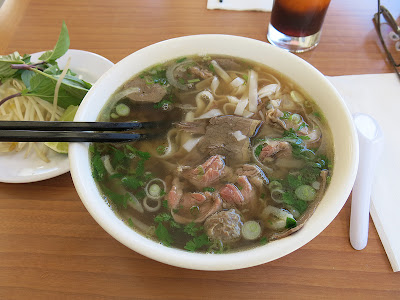 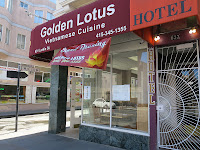