Lamb Soup For The Shaanxi Soul: Comforting Bowls From Terra Cotta Warrior and Xi An Gourmet 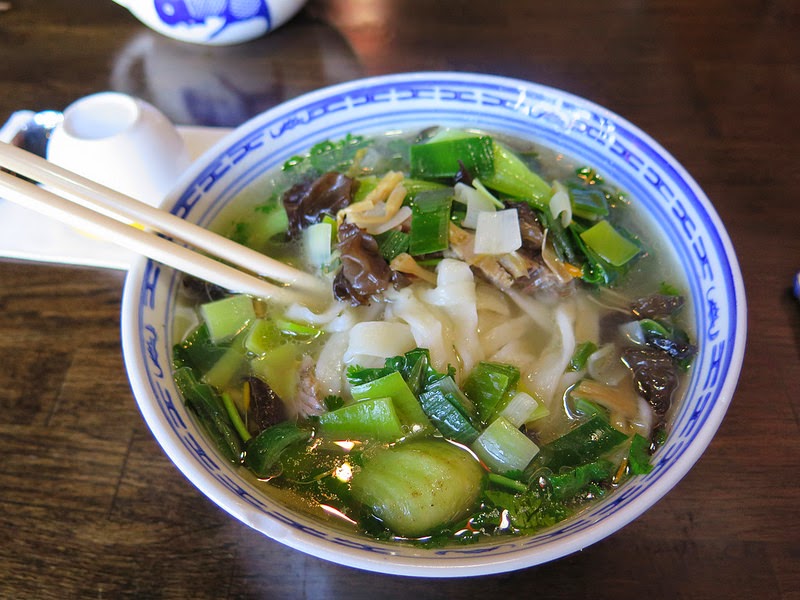 The noodle dishes of Shaanxi Province and its capital Xi'an call to mind sharp seasonings and unusual and aggressive flavors -- that's the reason I became enamored of them. But the belly is not always ready for The Big Show, and therefore every food culture has its metaphorical chicken noodle soup. Shaanxi's chicken noodle soup is lamb noodle soup. Yes, there are spicy noodle dishes with lamb in them on the menus, but shorn of designer labels, "noodles with lamb," as it's called at Terra Cotta Warrior or "lamb soup noodles" at Xi An Gourmet is intended to mean something at once nourishing and comforting. As I did with yangrou paomo, I decided to do a side-by-side comparison (well, three days apart) of the lamb noodles at the two Xi'an food venues vying for my affection. 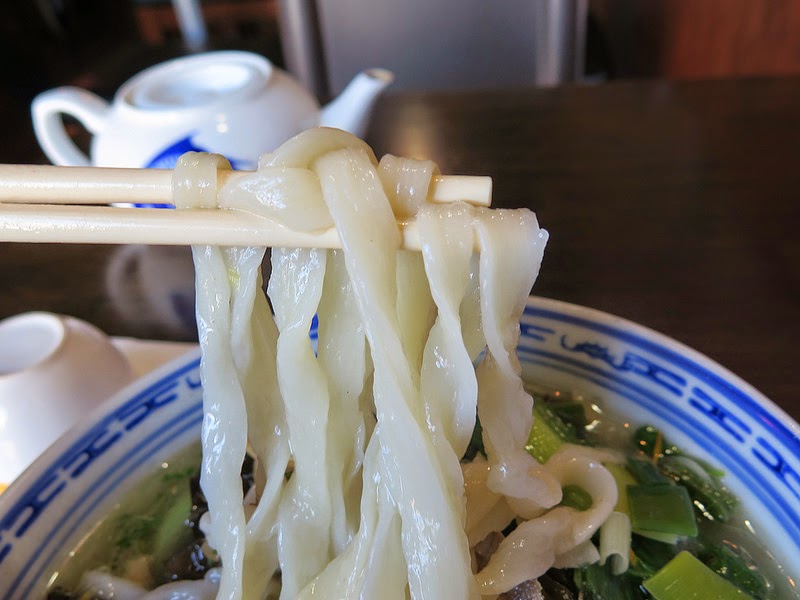 The Terra Cotta Warrior's Noodles With Lamb ($8.99 - top picture) came with a lavish show of greenery on the surface (but I didn't let that scare me). This included a stem of Shanghai bok choy, a scattering of cilantro leaves and both onion and garlic tops. The broth was subtly vegetal with a garlicky hint end faintly medicinal -- perhaps from a touch of five-spice seasoning. It was reminiscent of a Lanzhou lamian broth, more so than I'd encountered in any other Xi'an noodle dish.  The lamb appeared to be braised, and was slightly fatty, as was the broth itself.  The noodles were wide (not biang biang wide but half-inch wide) and freshly made and nicely chewy. 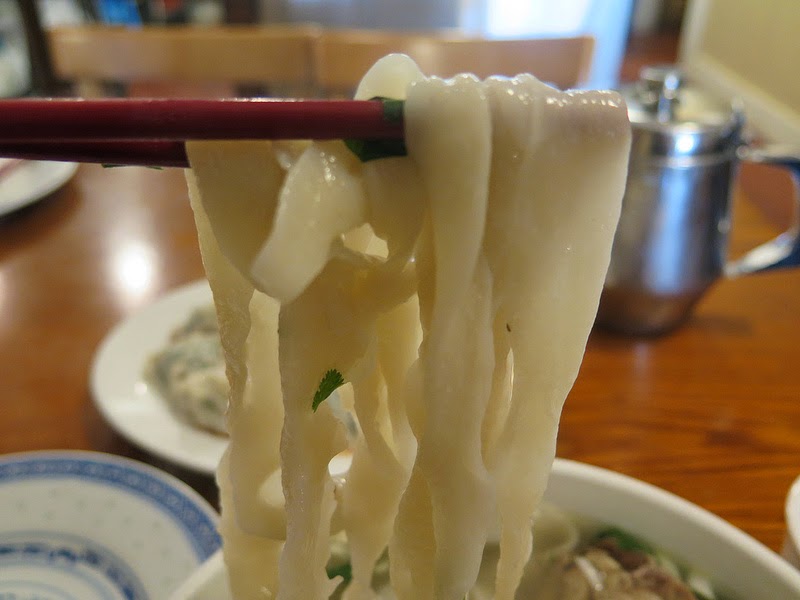 Xi An Gourmet's Lamb Soup Noodles ($6.99 - bottom picture) came with less of a garden on top, mostly some cilantro leaves and onion tops. There was a slight hint of mint to the broth that I couldn't pin down - possibly from a touch of cumin. The broth was saltier and meatier, but less fatty than TCW's.  The lamb meat came in thick slabs.  According to the Chinese menu it was lamb belly; if so, the fat layers has been excised, as there was very little present.  The meat did have a texture that indicated it might have been smoked, though there was no smoky flavor to it. The noodles were the big winners in Xi An Gourmet's soup. They were approximately the same width as Terra Cotta Warrior's, but fatter, more rough-cut and a real delight to chew on.

On balance, I preferred the fattier, more unctuous broth in Terra Cotta Warrior's lamb noodles, but the caveman in me loved the more brutish noodles at Xi An Gourmet.  Both versions are definitely worth a return visit.