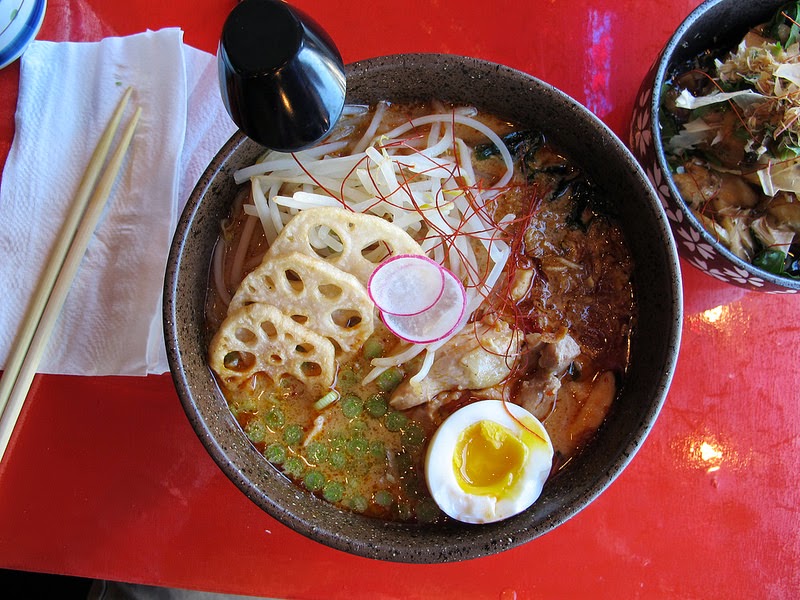 A recent Daily Meal featurette about chicken soups around the world merely scratched the surface of Asian chicken noodle soups, a few of which I have covered in this blog, and I've been pondering doing a compilation of same. This was undoubtedly in the back of my mind when I settled down at a two-top at the new Lone Mountain eatery, Kaiju Eats, and my eyes fell on Coconut Shoyu Chicken Ramen on  the menu.

Kaiju Eats, which bills itself as a ramenya/izakaya, opened little more than a week ago in the space that was until very recently Ramen House. "Kaiju" means monster, and monster style is in mind with the graphics of the hand-drawn menus and business cards, and with the food itself, one might say, with the likes of monstrous Kaiju Roll and the "Godzilla" roll.  But I was there with my noodle hat on (or at least my noodle T-shirt). 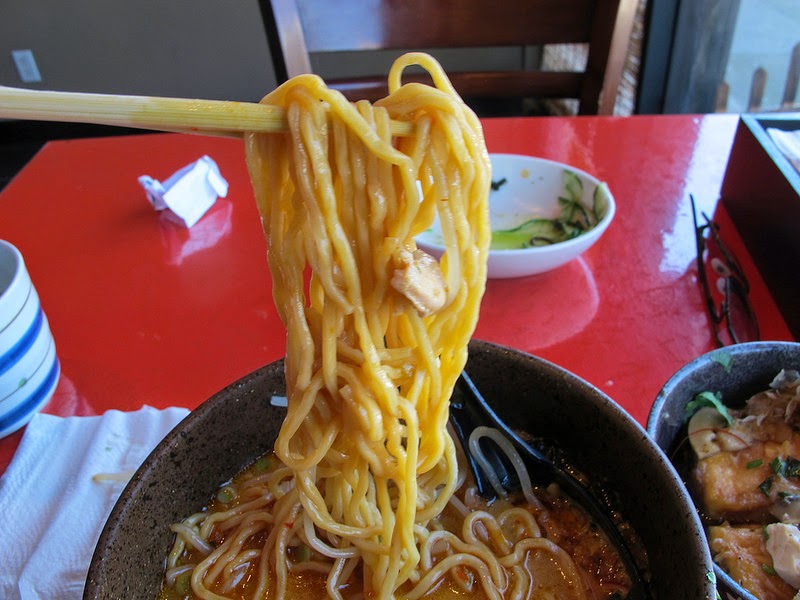 Kaiju Eats currently has a dozen ramen choices on the menu, nearly all new-style or having unexpected toppings, though there appears to be an unreconstructed tonkotsu for the less adventurous ("same is lame" says Mr. Williams).  Prices range from $8.50 to $12 (for "The Kaiju").  With my mind still on chicken noodles, I asked the bubbly server if the reactions to the coconut shoyu ramen had been positive, and she gave me the go-ahead. I ordered it spicy (when she offered me the option) and a side order of agedashi tofu.

My ramen came piping hot. The broth (which had a faux tonkotsu-like appearance and texture from the coconut milk) hid a plenitude of thick (by ramen standards), curly alkaline noodles  Toppings included crispy (pre-fried?) slices of lotus root, bean sprouts, and half a poached egg. Also lurking below the surface was a generous amount of freshly cooked dark chicken meat; definitely enough protein there to make you feel you've had a meal.  The broth took a little getting used to; from the appearance you expect an unctuous, fatty soup, but instead get a cleaner, sharper (thanks to the spicing) sip.  The noodles were chewy, almost to a fault, but that's the way I like them. Overall, it was a hearty and satisfying bowl of ramen.
\
The agedashi tofu was also tasty and a generous portion for $4.50.  The Kaiju Eats menu has a wide-ranging selection of appetizers, salads and side dishes including skewers. Non-ramen eaters will also find teriyaki, donburi, and even a whole menu section for clams (there's a clam ramen as well). 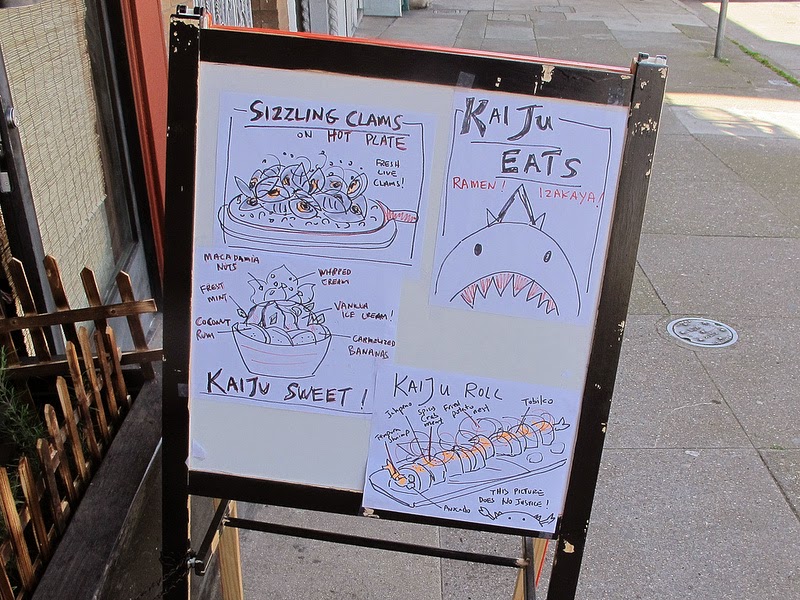