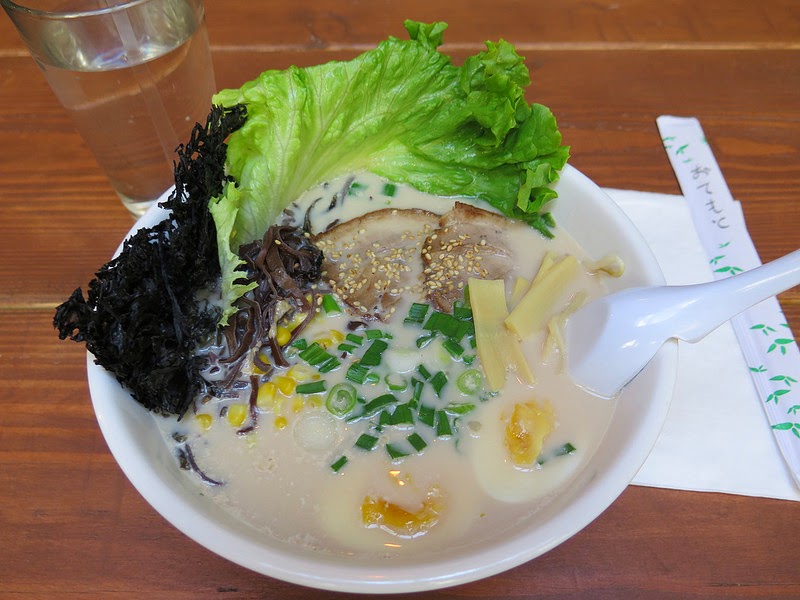 During the lamentably short tenure of Kirimachi Ramen on Broadway in North Beach I consumed more ramen than I otherwise would have.  It was partly because of their superior ramen, but mostly just because they were there, in the hood.  It was easy for me to roll down the hill and lazily stroll over to Kirimachi for some noodles. In the half-year since they closed, my ramen intake plummeted. Now, thanks to MuRa, the Japanese-Korean ramen spot that opened just a week ago in the very same spot vacated by Kirimachi, North Beach once again has a ramen "local" to slurp at.

MuRa currently features two choices, a House Special Chashu ($8.00) and a Korean Style BBQ Pork ramen ($8.50).  Either can be had with a choice of miso or tonkotsu broth. Extra noodles or extra toppings are available for $1.50-$2.00. MuRa's opening menu also lists appetizers ("Small Plates") ranging from edamame ($3.00) to baby octopus ($7.00).  If you are not in the mood for ramen, Japanese/Korean Style sizzling rice plates are available, ranging from Hot Links with Egg or Vegetarian Kimchi ($7.00) to Unagi & Korean Style Beef ($11.00). The latter is the only thing over $!0.00 on the entire menu. 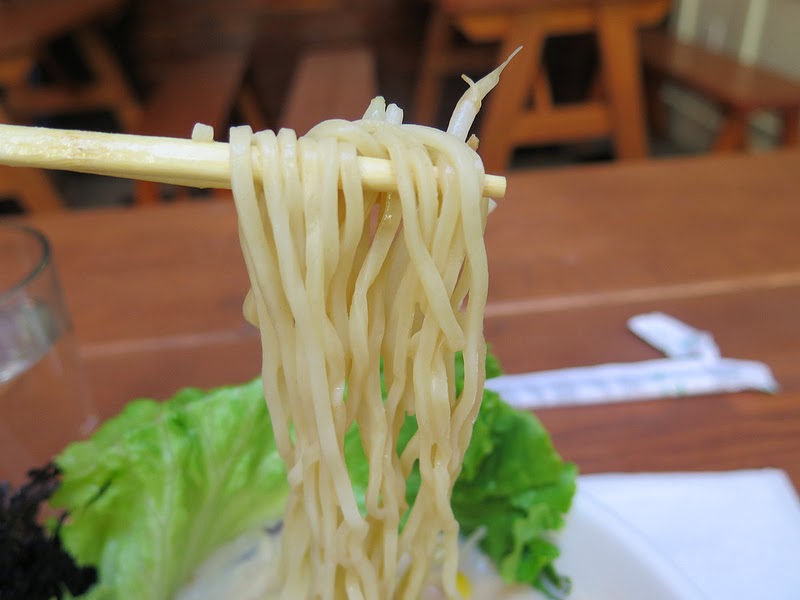 I ordered the "House Special" chashu ramen after the server's initial spiel, before I became aware that I had my choice of broths (assuming, wrongly that "house special" dictated the broth as well as the toppings).  As one might expect, the broth defaulted to tonkotsu, it being America's favorite, or so it seems. I am not a particular fan of tonkotsu broths, and MuRa's did nothing to change that. It was milky and sweet (though not overly salty) but seemed to lack depth and was improved by a few shakes of red pepper. As usually happens, it left a cloying aftertaste in my mouth. (It's not you, MuRa, it's me.)

The rest of the bowl was more successful. There was the right proportion of noodles to broth, and they were medium-thick and on the hard side of al dente (the way I like them).  The chashu was thick sliced, with a ring of fat on the outer edges, tender and moist. The soft-boiled egg, cut in half, was cooked just right and the other toppings, in addition to the usual suspects, included a generous dollop of sweet corn, the only ingredient I ever pay extra for.

The best thing MuRa's ramen (and perhaps entire menu) has going for it is value.  In this era of undersized hipster ramen bowls with double-digit prices, MuRa gives a lot of bang for the buck. The $8.00 bowl I had was larger than average, and the quantity of broth, noodles and proteins generous. I'll definitely be going back for the miso, which I presume I will like better than the tonkotsu (that's almost a given). Even if MuRa's ramen doesn't quite rise to the level of Kirimachi, its pricing will make it an easy repeat.