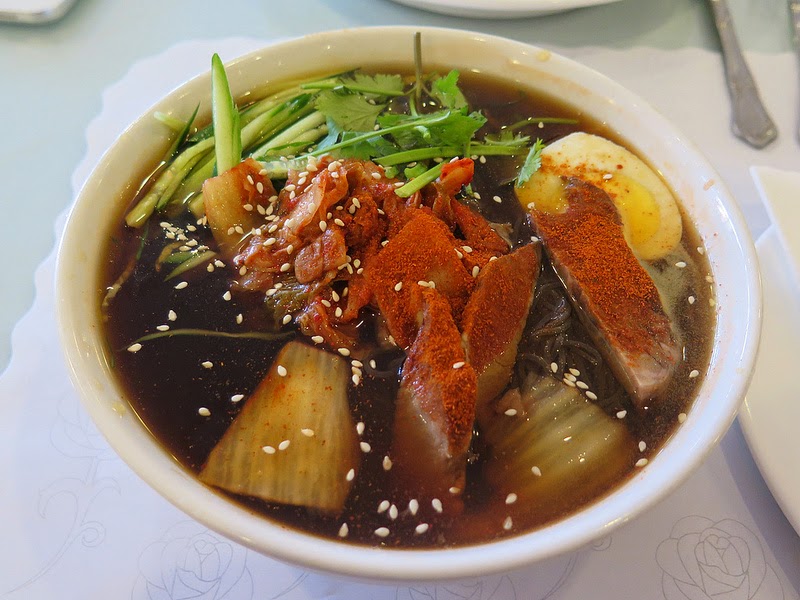 Made In China Restaurant is one of the new kids in town, having planted its flag in the fertile soil of the 19th and Taraval vicinity just eight week ago. That flag, you might want to know, is a Manchu banner; Made In China features the rare-to-San Francisco cuisine of Shenyang, the largest city in the area of China once known as Manchuria.  (It also features a roster of uncommon and elaborate Hunan dishes, but that's a mystery for another day.) 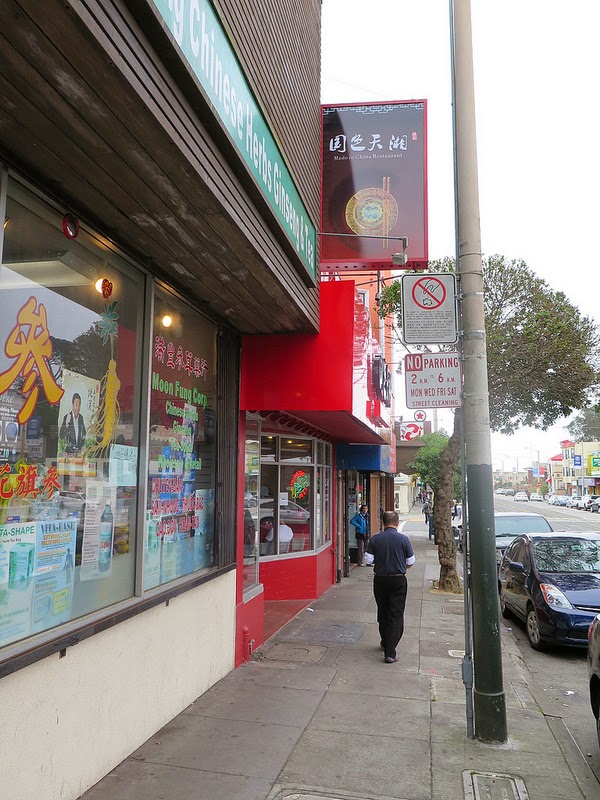 One thing that seems made in China at Made In China is the translation of the menu from Chinese to English, with totally unintelligible results in some instances (or maybe it's obvious that "Acid Droplets Beans Pork" means stir-fried pickled long beans with pork). That menu is making for slow going for me, but I'm slowly making progress in sussing out what the hard core Shenyang dishes are. Being a noodle guy. I've begun by homing in on something called "Shenyang Cold Noodle."

"Shenyang Cold Noodle" on Made in China's menu is the terse translation for a fearsomely long string of Chinese characters, 沈陽西塔朝鲜大冷面, or Shenyang Xita Chaoxian Da Leng Mian.  In English this is "Shenyang West Tower Korean very cold noodles." Xita (West Tower) in this instance is the name of a street at the heart of Shenyang's Korea Town  (yes, there is one).  A little research will show that this is a very famous dish in Shenyang and, as the name implies, is parallel to a Korean noodle dish, naengmyeon, only much sourer. 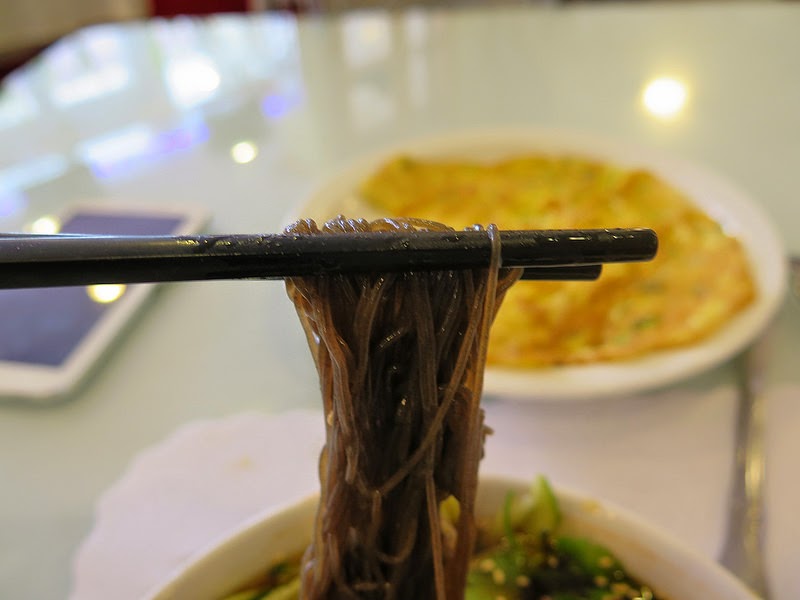 My Xita cold noodles (shall we call them that?) came as vermicelli-thin buckwheat noodles in an ice-cold broth. The broth is said to be beef-based, but so sour from vinegar (and a bit spicy at the same time) that it was difficult to distinguish  Supplementing the noodles were half a boiled egg, slices of what appeared to be a pork terrine, kimchi, fresh cucumber slivers, daikon, cilantro and sesame seeds. The coldness and tartness made it a truly bracing bowl of noodles, one that I'm going to run for the next time we get 90°+ weather in San Francisco

The one downside to the dish was that I could not bring myself to drink the remaining broth, exhilarating as it was, once I had cleared out the solid ingredients on account of its exreme tartness. It would have been like downing the bottle of vinaigrette dressing after eating one's salad.  Maybe the hardy Shenyangers do so, but I don't have enough yang for that yin.