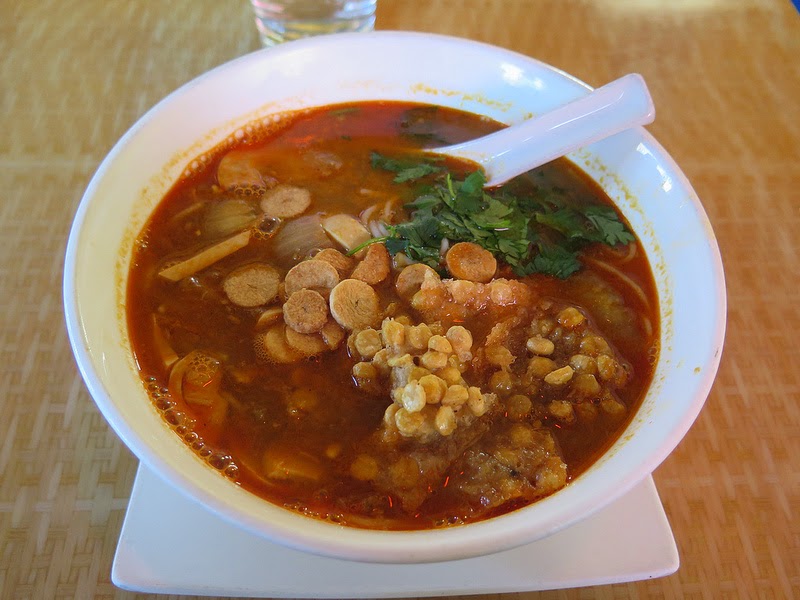 My Great San Francisco Mohinga Rally finally delivered me to Pagan Restaurant in the Outer Richmond, for stop number six of eight.  It was a while coming, because Pagan only has lunch service on weekends, and lunchtime is when I do most of my exploring.  Besides, mohinga is generally considered a breakfast food.

Pagan, now called Bagan, is an ancient city in central Burma known for its many pagodas. (Yes, I know it's Myanmar, not Burma, but I'll be damned if I'm going to write about "Myanmar-ese food.") Pagan, its namesake San Francisco restaurant, serves both Burmese and Thai cuisines, neatly segregated on the menu, but it's clear from the  images adorning its coyly rustic walls as well as from its name which cuisine is in the hearts of its Burmese-by-way-of-Thailand owners. 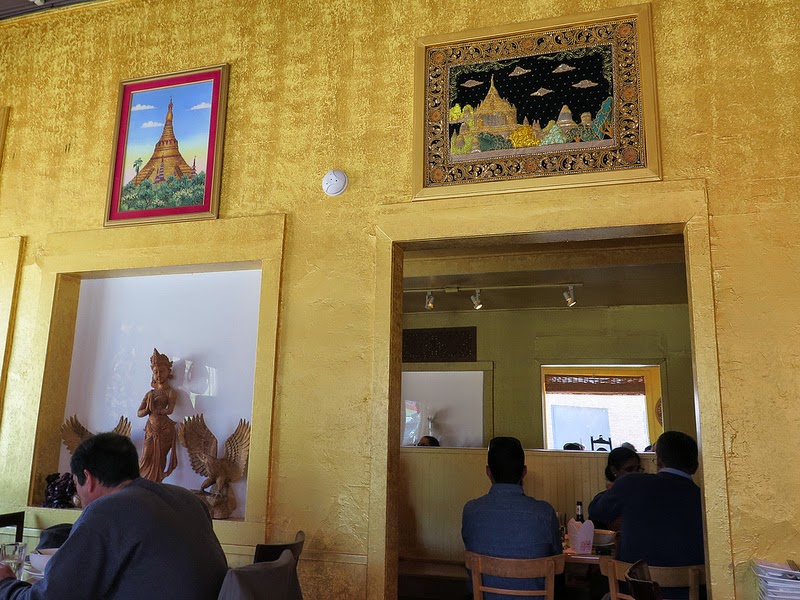 Pagan was nearly full at 1:15, but they managed to find a table for me. The nearly all Caucasian lunchtime clientele seemed mostly in the younger Gen X and older Gen Y age group, possibly graduates of Burma Superstar. (I've grown accustomed to being the oldest person in the room, and that's the only way I would have it.) As near as I could tell, most of the orders were for Burmese food, though in many cases it's hard to tell at first glance. Service was diligent but dilatory, as there was but a single server for the whole room. 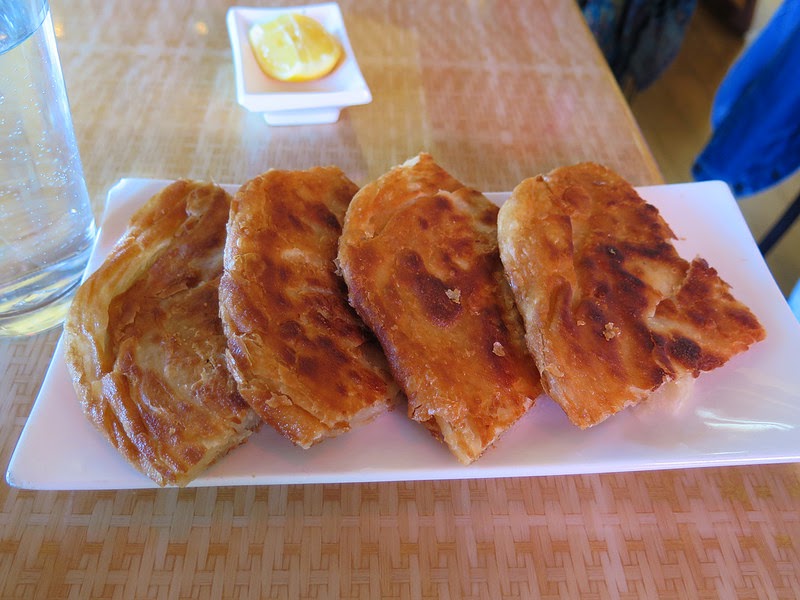 I ordered mohinga with a side order of palata (a.k.a. paratha, prata, etc.), a pan-fried flatbread. I won't explain mohinga again (there's a search box aove for your convenience)!  The mohinga, when it came, wasn't the prettiest I've been served (the few egg slices, for example, were buried in the tangle of thin rice noodles, not laid out neatly on top) but was definitely among the tastiest.  The rich catfish broth was intense and garlicky, though perhaps a little too salty, and there was a plentiful supply of yellow chick peas as well as chick pea wafers.

I also liked Pagan's version of palata. They were very thick and well browned, and not overly greasy. The main drawback was their very heaviness; I was unable to finish one side order along with my bowl of soup.

This pagan is eager to return to Pagan for their ohn no khao swe (coconut chicken curry noodle soup) and other noshes once he's finished his mohinga round.