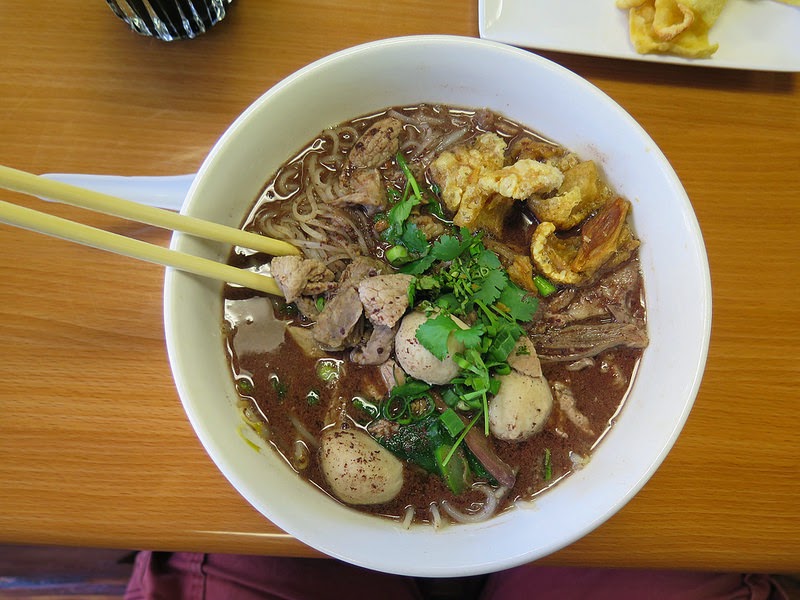 A restaurant named for a Japanese number with a menu designed to have an "Asian-Caucasian" (owner's own phrase) appeal would seem to be the last place to look for a bowl of Thai Boat Noodles rivaling local benchmark Zen Yai Thai's for authenticity.  Then again, it would also seem to be an unlikely place to find Sukhothai noodles on the menu, and it was exactly that which drew me to Kyu3 Noodles & BBQ for my first visit. If Kyu3 was capable of delivering a bowl of Sukhothai noodles that could stand with those of Amphawa Thai Noodle House (the only other place in San Francisco I know of that serves them),  I figured they might also produce an authentic and satisfying bowl of boat noodles.  I was not disappointed. 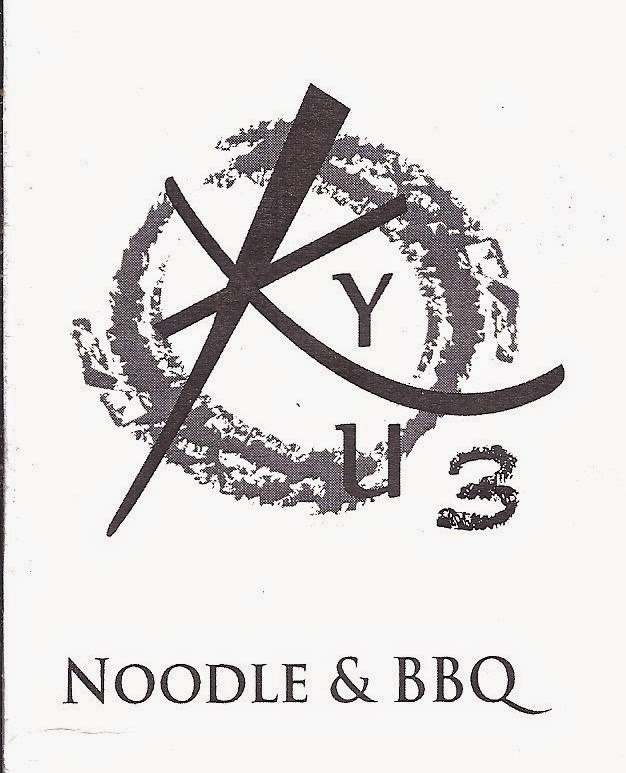 Kyu3's menu describes Boat Noodles as "Pork broth, stewed pork, pork meatball, Chinese broccoli, bean sprouts, green onions, cilantro and parsley." I asked my server (who turned out to be Nuchy, co-owner and manager of Kyu3) directly if the broth was made with pork blood. "Yes," she responded, with a slight hesitation, as if giving up a deep, dark secret, and seemed relieved when I told her that was what I was looking for.

It's been a while since I've had Zen Yai Thai's boat noodles, and there it's always been a mix of small bowls of beef boat noodles, pork boat noodles an tom yum noodles; it's difficult to directly compare my single large bowl of boat noodles today at Kyu3 with my ZYT experience, other than to report enjoying a similar intensity of flavors and satisfying variety of textures in my soup at both venues.  Kyu3's broth was rich, smooth and peppery, with strong vegetal notes, especially from some pleasantly aggressive cilantro. It was amply stocked with properly firm bun-like thin rice noodles, and pork of three distinct texture gradients: pate-like meatballs, chewy offal, and crunchy cracklings. It's a bowl I'll soon to get back to, despite the seemingly endless variety of other Asian noodle dishes out there waiting to be explored. 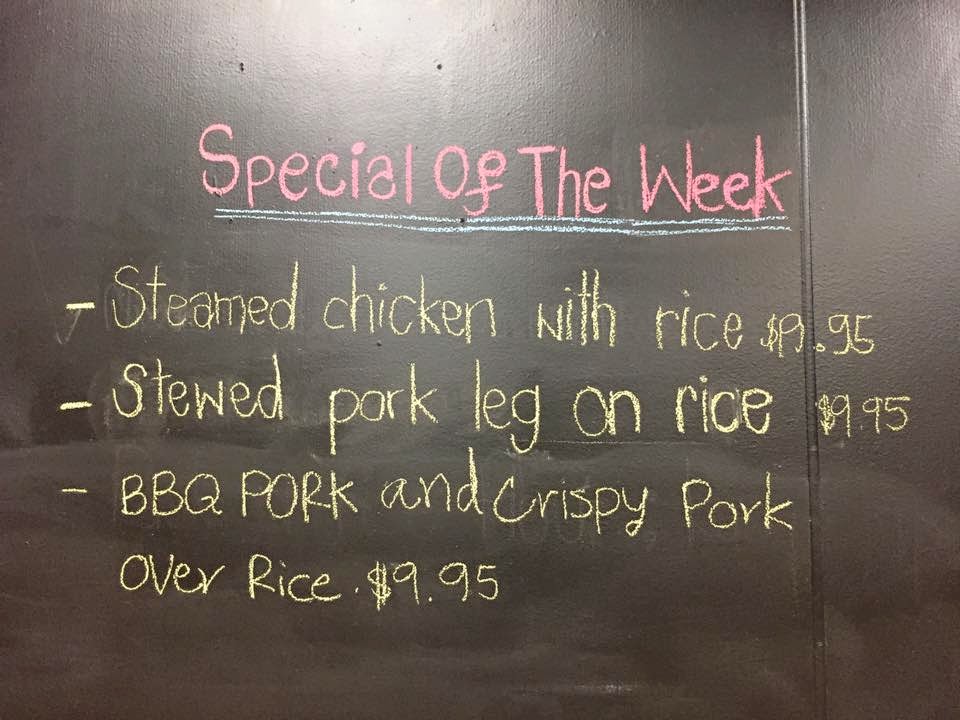 To a certain extent, I think Kyu3 is hiding their light under a bushel with their clear but simplistic English-only descriptions of some items on their menu.  If you are already familiar with Thai dish names, it takes some attentiveness to figure out  that "Silver Salad" is Yum Woon Sen, "Curry Noodles" is Kao Soi, and "Thai-style Shrimp Sashimi" is the dish I've been looking for called Goi Goong in Lao, etc.  Judging from my experience at Kyu3 so far, one can probably expect authentic treatments with good results from most of their offerings.  More help is available on Kyu3's Facebook page, at least for the weekly specials, which are identified in Thai (both script and transliteration) as well as English -- along with some mouthwatering pictures.

In a nutshell, don't let the Pan-Asian veneer fool ya; you'll not get dumbed-down stuff here.