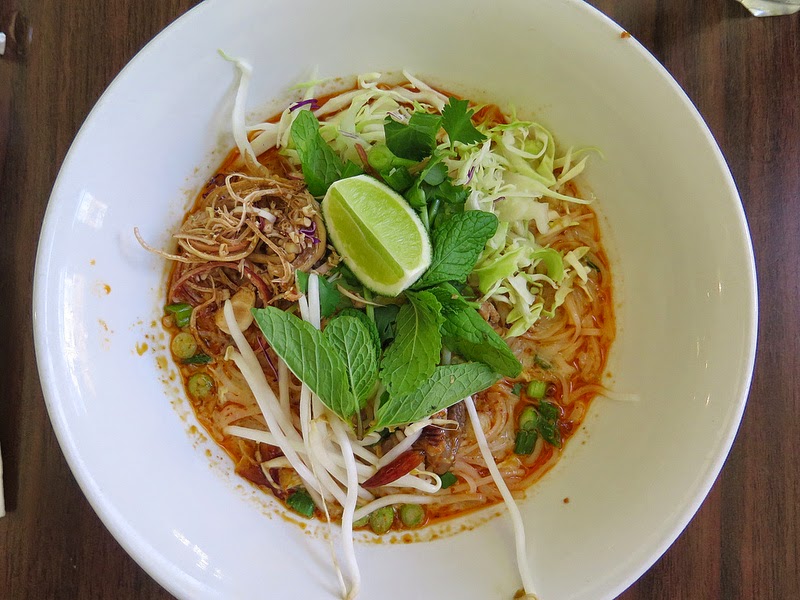 A mere 18 months ago one would be hard-pressed to find any identifiably Laotian cuisine within the City limits of San Francisco. Beginning with planting of a familiar Thai/Lao flag (Champa Garden) in the Ingleside in September 2013, a mini-invasion has furnished us with two more Thai/Lao restaurants (Maneelap Srimongkoun and Tycoon Thai) and two pop-ups, Chao Mien at Naked Lunch and, now, Lanxang Kingdom, all day Thursday at Turtle Tower's flagship on Larkin St.  This latest venture appears to be a match made in heaven; for one thing, our feet already know where Turtle Tower is, and secondly, Lanxang Kingdom has creds which appear to make it deserving of TT's well equipped facility: responsibility for supporting the non-profit Center for Lao Studies, and an ambitious, well-designed menu (visually as well as gastronomically) which doesn't shy away from offering the likes of Mekong Riverweed, fried crickets, fried silk worm larvae, and red ant egg salad.

The red ant eggs will have to wait, however. I was there for the launch at lunch (the lunch launch?) on behalf of my noodle-slurping constituents (at least one, name of David, was there as well). Soups are in rotation at Lanxang Kingdom, and my eyes fell on "Mii Katii Noodle Soup," a Lao dish I had never encountered before.  I ordered it, the house Sai Oua (Lao sausage) which had to be vetted of course, and a house iced tea. 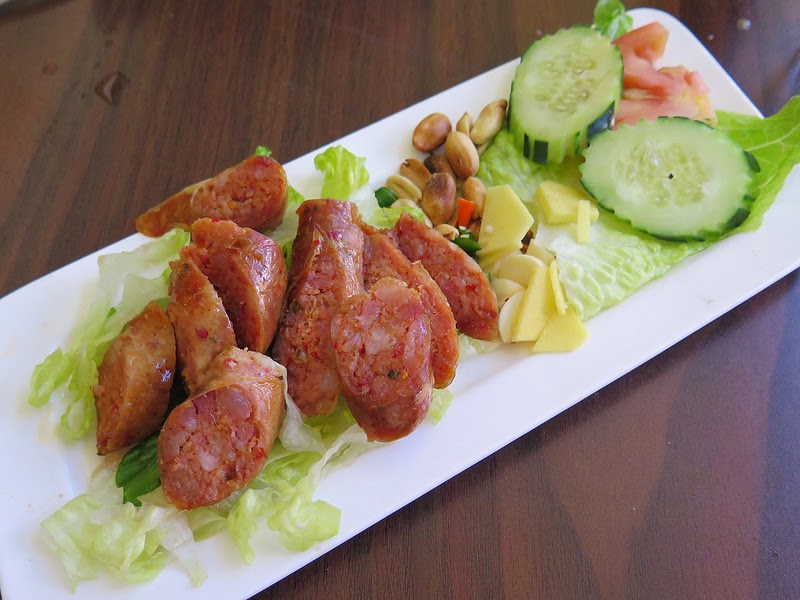 The Mii Katii soup is described on the menu as a Luang Prabang specialty,  which is served "with rice noodles in thick coconut-peanut sauce, served with banana blossoms, cabbage and bean sprouts." It was described as "thicker, creamier and sweeter than the Khao Poun" (another dish on their menu which I was already familiar with). I was a bit wary of the dish's possible sweetness, after my iced tea turned out to be undrinkably sweet, but my fears were groundless. What little sweetness it had was nicely balanced with a chili spiciness, nuttiness from the peanut sauce, and tartness from the lime wedge provided, with accents from the leafy stuff and bits of egg. It was Laos-ey with flavors, you might say.  The rice noodles were probably rice stick noodles, but you really couldn't tell them from fresh, since they were handled delicately enough to not clump up as they might in careless hands and yet were not overcooked.

Lanxang Kingdom enlisted two "guest chefs" for their launch, one of whom, Nana of the Cooking With Nana YouTube Channel, gets credit for the Mii Katii Noodle Soup. I hope whoever was assisting her paid close attention, because it's a dish that deserves to stay in the rotation, or even on Lanxang's permanent menu.  The sai oua (Lao Sausage) was also a hit, I'd say; pleasantly dry and greaseless, with a distinct sourness and a nice spice bite.  I'd order it every time, had I not resolved to return to try every dish on the menu. 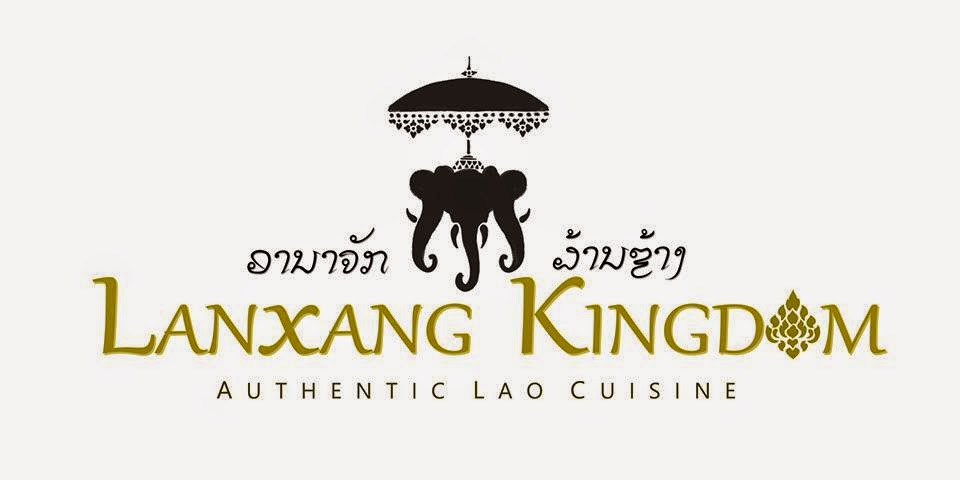