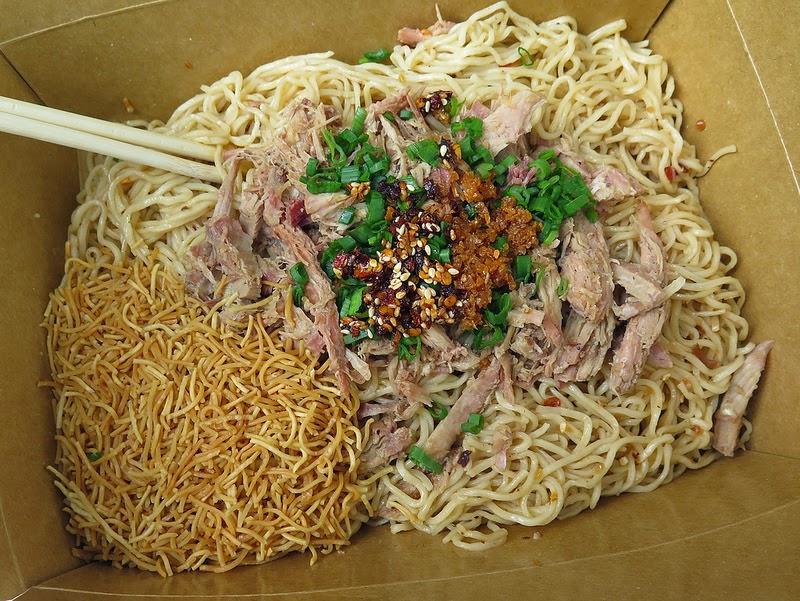 Wanna eat some Mandalay-style Burmese food on the run? Wanna-E, the question as well as the food truck with that name first popped up a week ago on the streets of San Francisco.  When I saw the first reports about it (thanks, Yelpers) I high-tailed it to its location at Third and Harrison Streets  for lunch, because it represents a collision of three of my favorite topics: noodles, food trucks, and the proliferation of Burmese cuisine in the Bay Area.

Wanna-E is the brainchild (or stomach-child, you might say) of four "food enthusiasts" from Mandalay, Myanmar. The fab four of Coco Lee, William Lee, Rainy Shai and Zin Zin Win bring a "passion to deliver authentic hometown Mandalay foods to all food lovers in California," according to Wanna-E's mission statement. They're currently serving lunch from 11-2 on weekdays in the parking lot on the southwest corner of Third and Harrison, and will begin making some dinner appearances at SoMa StrEat Food Park next week. 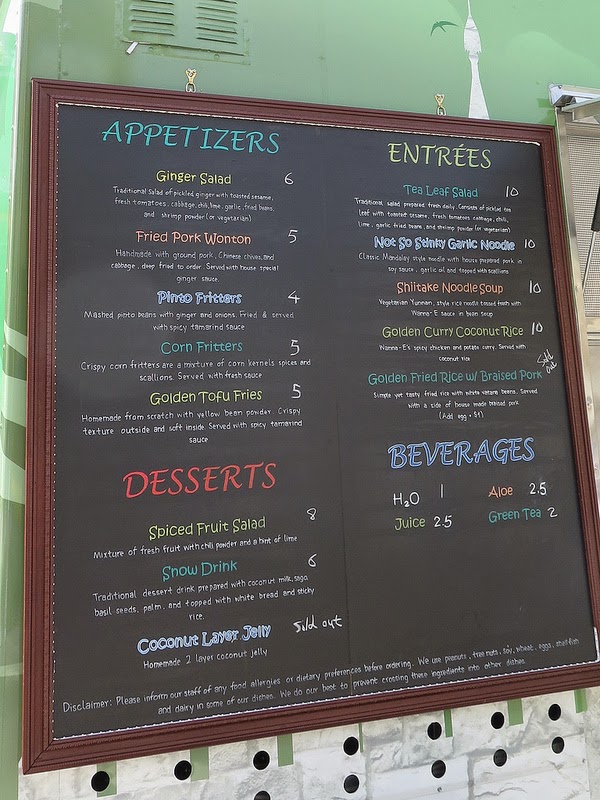 This being a noodle blog, I initiated my Wanna-E experience with a dish listed on its menu as "Not So Stinky Garlic Noodle" and described as "Classic Mandalay style noodle with house prepared pork in soy sauce, garlic oil and topped with scallions."  The Burmese name for this dish is apparently Seejet khao swè which, according to Wikipedia, "is considered an 'identity dish' of Myanmar and Burmese Chinese, as it is not available in other Chinese cuisines."

I told the man taking my order that he could make my "Not So Stinky" noodles as stinky as he liked, and he pointed out a blue-and-white pot on the counter full of fried garlic that I could use to make it as garlicky as  I liked. Along with my noodles came a complimentary sampler plate (opening week only) of various fried appetizers (shan tofu, bean fritters, wontons).

Not having had this particular dish before, it is difficult for me to pass judgement on Wanne-E's version, other than to say it was very tasty, if not too exciting (especially after my recent round of fiery Thai/Lao dishes). I used the bonus garlic relish liberally, but in retrospect I probably should have also thrown in a bunch of whatever was in the red pot next to the blue one. It probably would have helped,too, if I had eaten it hot out of the wok without pausing to pose it for pictures, but what is a blogger and Instagrammer to do? 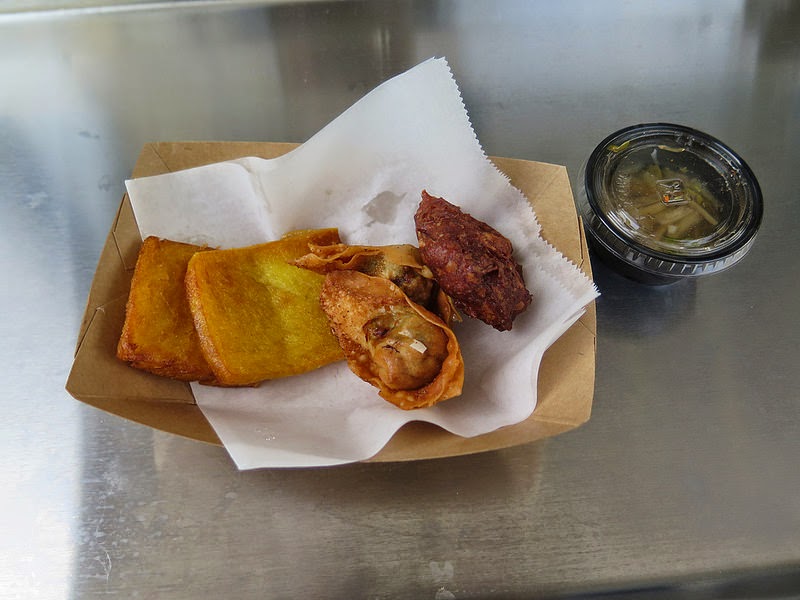 An unusual feature of my seejet khao swe was its use of fine, "dragon's beard" wheat noodles (which, admittedly, I am not particularly fond of). In a strange way, the dish was akin to a deconstructed Hong Kong-style chow mein, with separate masses of crispy and pan-fried noodles meant to be stirred up (along with the garnishes) at the table, to achieve a duet of crunchy and soft textures, which it did quite successfully. The pork slivers in the dish were tender and succulent, and no one could complain about the portion size. I'd love to see a duck version of the same dish.

One thing I like about Wanna-E's approach is the way it proudly acknowledges (on its website and on its menu) the importance of the Chinese contributions to Mandalay cuisine.  Another dish on the truck's daily menu, a Burmese Yunnan-style rice noodle soup, will be the object of my next visit, and another little bump up in my noodle learning curve.

What was most disappointing about my Wanne-E experience? Finding out that the name doesn't mean anything in the Burmese language. It's just the way the Wanna-E Gang of Four would say "Wanna eat?" to their homeboys. Apparently, like their Cantonese and Shanghainese counterparts, Burmese Chinese are not fond of final consonants. 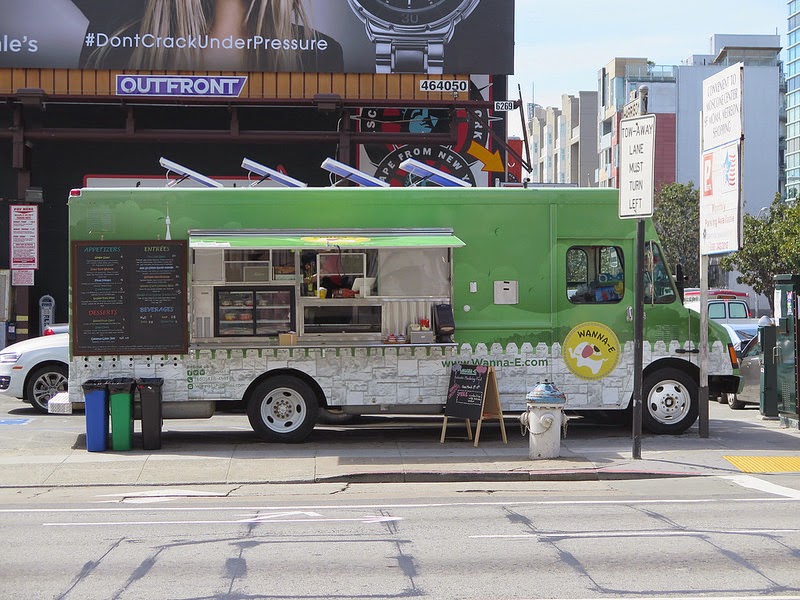