Hing Lung, long a San Francisco Chinatown destination for congee and hot-out-of-the-oil youtiao (crullers) closed almost three years ago, victim of an aging plant and Department of Environmental Health sanctions. After a major renovation, a change in ownership and unexplained delays, it's about to reopen, officially as Cafe Broadway, the name listed on both its Fictitious Business Name Statement and its liquor license.  In good Chinatown fashion, it also has a Chinese name totally unrelated to its English name, tang chao (糖潮) which approximates to "Sweet Tide" in English, but is also a homonym for "Tang Dynasty" in Chinese, hence a pun. Also in honored Chinatown tradition, it left in place the iconic vertical "Hing Lung" sign which looms over Broadway, insuring that Hing Lung OG types like me will always call it "Hing Lung" as long as the sign is visible.  In the interest of simplification, I'll just call it "Hing Lung 2.0" here.

I'd been keeping my eyes peeled for signs of gastronomical life in the spiffed up Hing Lung lately, and when I wandered by at lunchtime today the door was open and there were people inside, so I decided to crash whatever party was going on in there.. 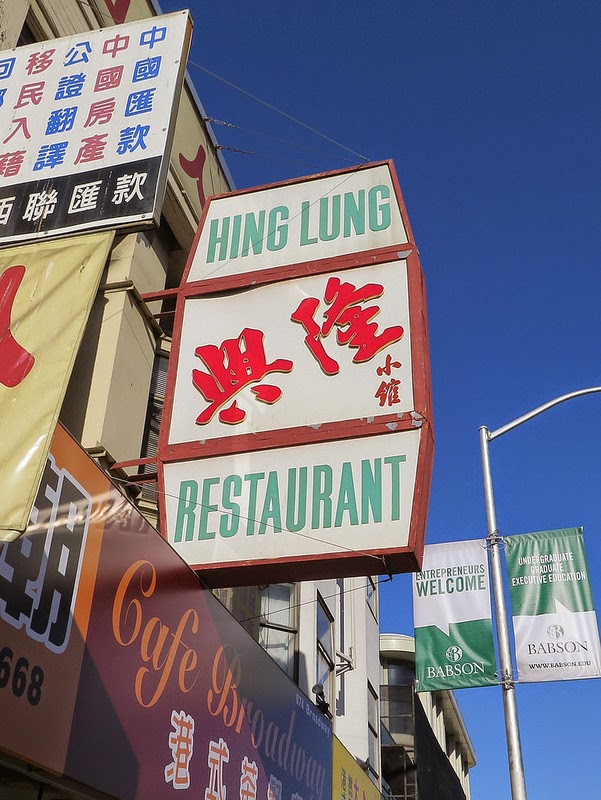 "Grand opening is tomorrow," said the woman at the cashier's podium.  "But we're trying things out. You can have lunch."  She pointed me to the row of two-tops in the center of the room, where I took a seat. I was curious about Hing Lung 2.0's menu, since a "help wanted" sign on the front door described it as a "cha chaan teng," a peculiarly Hong Kong-ese establishment serving a mashup of Cantonese and Western food. The only menu available, however, was what appeared to be a proof copy of (appropriately enough for me) the noodles section of the menu, and not even all of it was available in this dry run. I tried for the "beef offal wonton noodles" but was told that only stir-fried noodle dishes were available on this occasion, so I settled for the House Special Chow Mein. 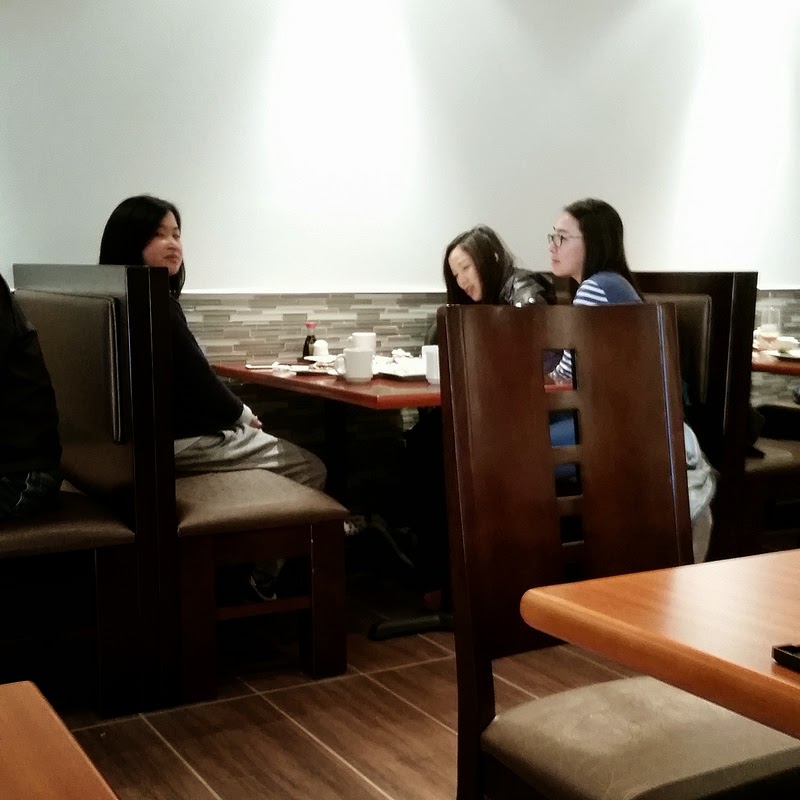 As I suspected, the chow mein was Hong Kong Style, using the ultra-skinny "dragon's beard" noodles.  I'm not a fan of these noodles, particularly in soups (I always feel like I'm chewing on someone's hair).  In a HK-style chow mein, however, they can be a delight if the dish is done properly, which means  the noodles on the bottom are fried crispy while the ones on the top are still soft, making for a nice contrast in textures.

Unfortunately (and I'll cut them some slack for not having it all together pre-opening day) this was not the case with my order when it arrived. The noodles on the bottom were hotter than the ones on top, but not crisped, and the ones on the top were lukewarm.  The "House Special"  at Hing Lung 2.0, as one might expect, has as toppings a medley of surf protein and turf protein. The latter included mostly thin strips of pork and chicken, while the seafood component was primarily shrimp.  Though not visible in the picture, I found a fair number of shrimps in that haystack of noodles, and they were the best part of the dish, fresh, fair-sized and cooked just right. 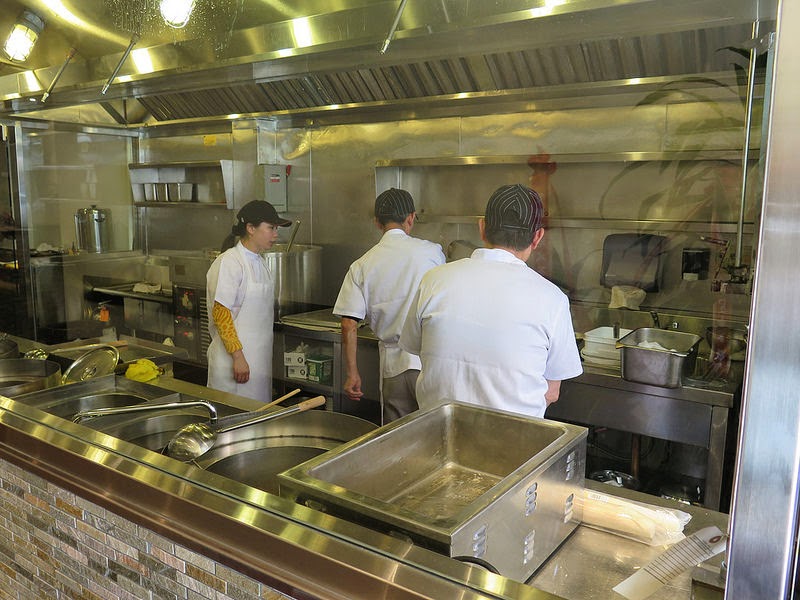 In a nutshell, I would characterize the noodle portion of Hing Lung 2.0's menu as Chinatown priced, but with smaller portions, though I wouldn't gripe too much about the latter; for a dish that's mostly carbohydrates, the chow mein is certainly an ample enough lunch, even for an XL-sized solo diner like me.  The prices across the noodle menu ran approximately from $7-$9, closely mirroring the prices of competitors like the ABC Bakery & Cafe.

The noodles came on square plates, in  a seemingly odd juxtaposition to Hing Lung 1.0 memories, I'd say. But hey, it's 2015. Someone said the "chao" character in the Chinese name can also mean "trend".  Maybe it's a reference to square plates.  没有办法.*

As for the rest of Hing Lung's 2.0 menus, I have no clue at the moment, though the server assured me it would include congee, and the open kitchen at the front seems set up to hawk youtiao as before. With Hing Lung jook and Hing Lung crullers, who cares if they don't get all the noodles right?

*Nothing can be done about it.
Posted by Gary Soup at 9:33 PM