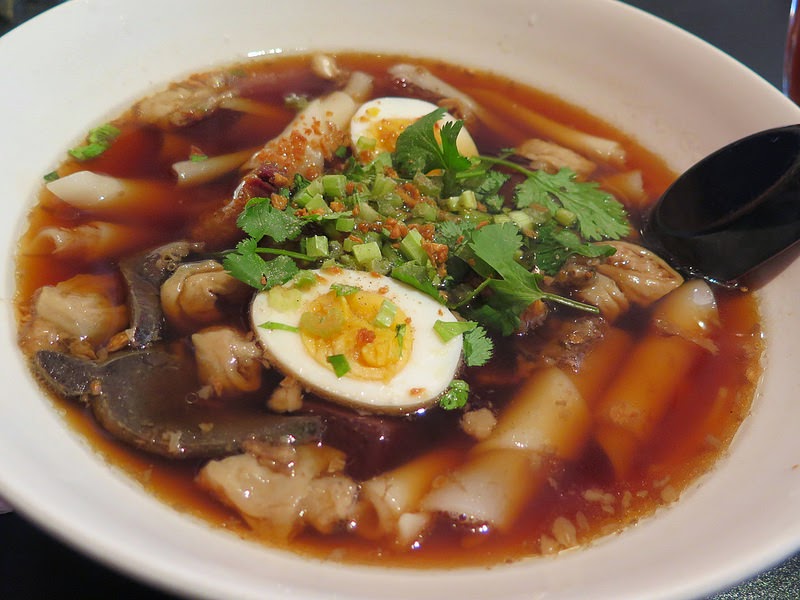 Jenny, my recently enlisted Thai noodle soup consultant (see previous post) Skyped me pics of two noodles dishes she had just cooked for her family (not available in her restaurant, which only serves Boat Noodles).  One of the two looked particularly interesting, and some tweaking of her spelling and Googling proved it to be a dish I will call Guai Jubb. I vowed to find it in San Francisco and sure enough, Amphawa Thai Noodle House, where I previously experienced my first sukhothai, came through again. 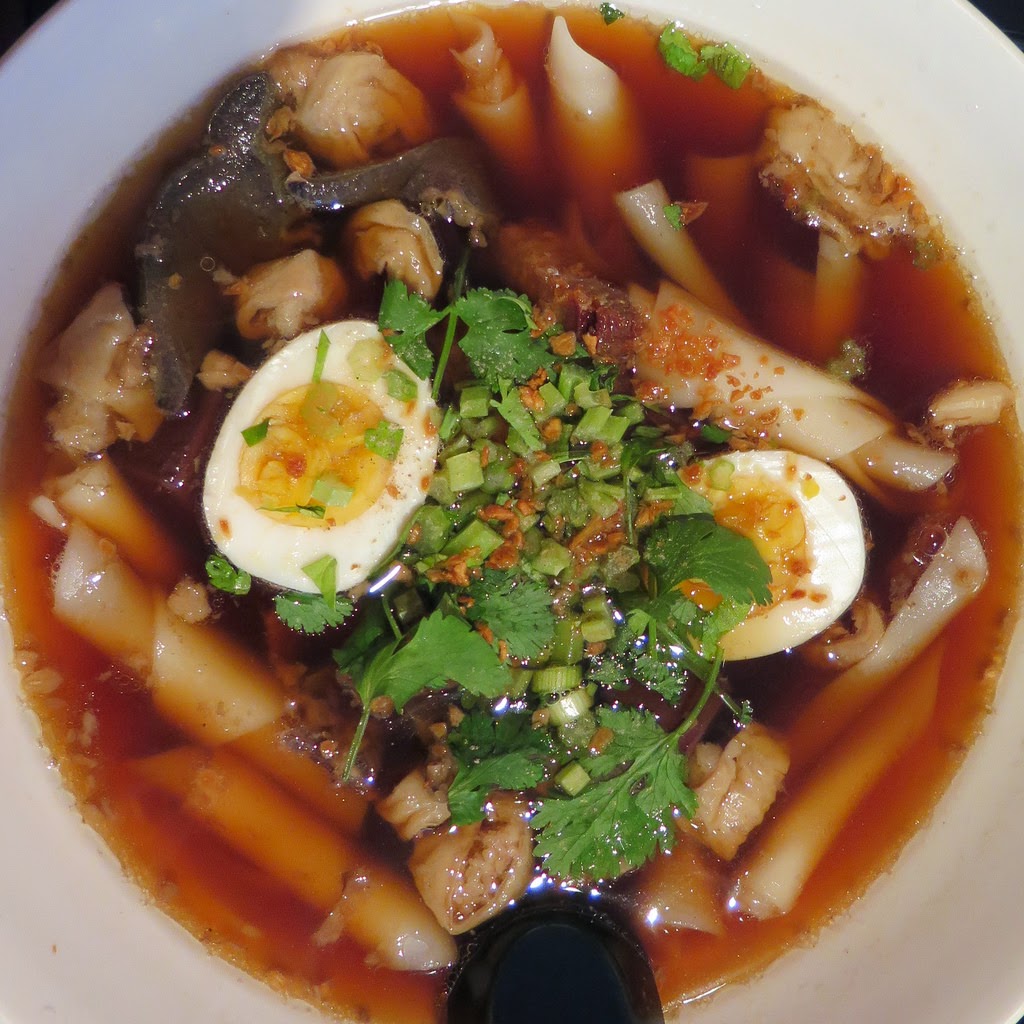 Guai Jubb (Amphawa's spelling), or guay jab or kuay jub or jab, is a soup featuring pork offal and thin rice flour noodles, often of a distinctive fomation.  Some local colloquial names for it include "Vietnamese" rice noodle soup and "sticky"soup, though I didn't find anything Vietnamese or sticky about it other than some 5-spice notes in the broth, and the fact that it's definitely a "stick-to-the-ribs" noodle soup.

Amphawa's menu describes the soup as "Square rice noodles in House special broth with pork entrails, crispy pork, egg, and pork blood pudding."  The square noodles were in fact thin rice noodles alost the size of won ton skins, rolled up like a carpet or a cigar. (I'm not really sure if they were square, as I found recipes that called for triangles, but I didn't unroll one to check.) 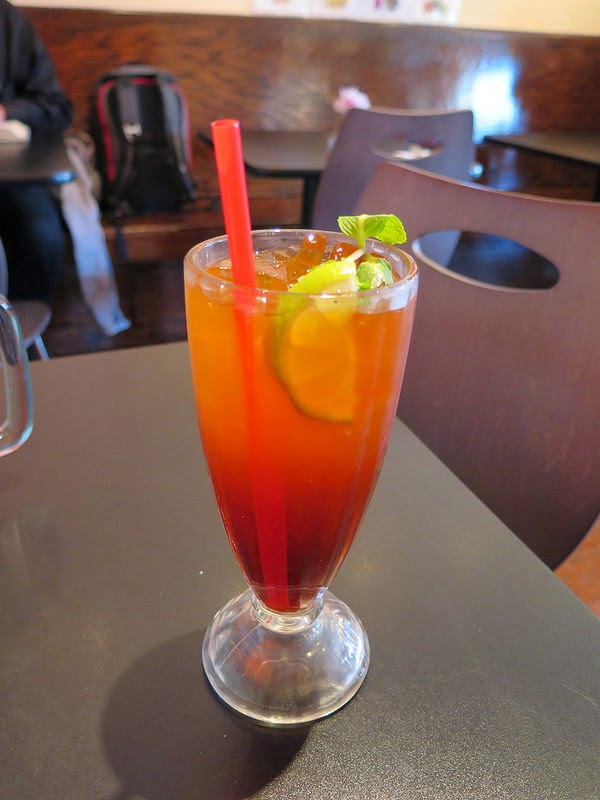 There were pork entrails a-plenty, mostly unidentifiable by me but tender and tasty, and some hearty congealed pork blood cubes. The "crispy pork" consisted of crumbles of crispy cooked pork belly, a nice contrast in  flavor and textures. Protein variety was enhanced with the addition of two photogenic boiled egg halves. The broth was soy sauce based, slightly tart, and slightly peppery, with a faint aromatic cast.  It didn't seem to be as characteristically peppery as some descriptions of the dish would have you believe, but along with the usual three-compartment relish caddy, the server brought a container of the super-potent house-made green chili sauce. I took this as a hint, and a little dab of this made the whole concoction really sing.


I ordered a "Thai Iced Tea Lemonade" to wash it down with. It was similar to Tycoon Thai's Thai Lime Tea, but with lemons instead of limes and sweeter.  It was, in fact, a little too sweet for my taste but I would order it again if I could specify a lesser degree of sweetness.

[Addendum: Another correspondent, Thai food scholar Leela Punyaratabandhu advises that Guai Jubb is based on a Chaozhou Chinese dish, kway chap (粿汁).  That makes sense, since 72% of Chinese in Thailand are Teochew (Chaozhou) or Hakka Chinese. It also may have brought to parts of Thailand via Vietnam by migrating Teochew or Hakka Chinese, which would explain why some Thais call it "Vietnamese" soup.]
Posted by Gary Soup at 10:41 PM