I'm A Sucker For Sukhothai Noodles, And Kyu3 Noodles & BBQ Gave Me The Come Hither 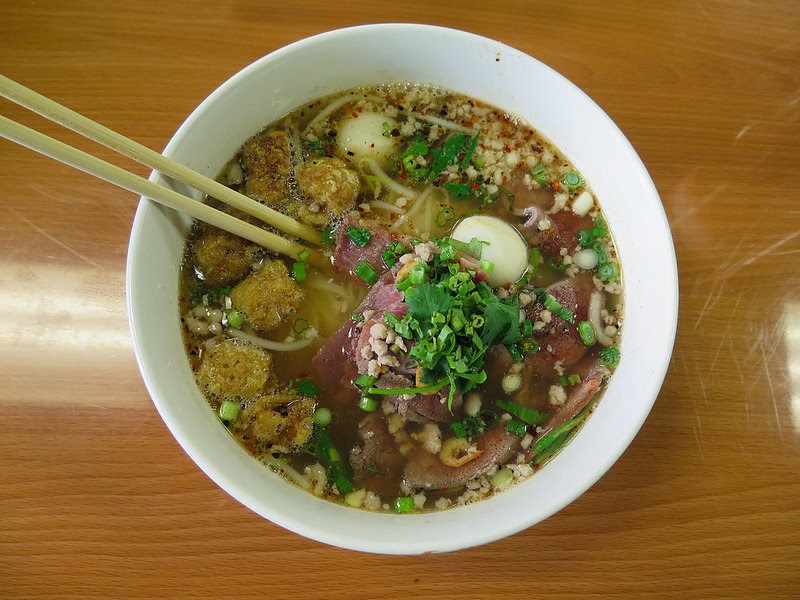 Six months ago I discovered Kuaytiaw Sukhothai (pegged in a CNN Travel post as "the best Thai dish you've never heard of)" at Amphawa Thai Noodles in The Richmond and it earned a spot as one of my 10 most memorable noodle experiences of 2014. At the time I determined that Amphawa was probably the only place in San Franciso that carried this dish, When I recently heard about a newly-opened Tenderloin restaurant, Kyu3 Noodle & BBQ, that also had it on its menu, a trip to Kyu3 became my #1 noodle priority. 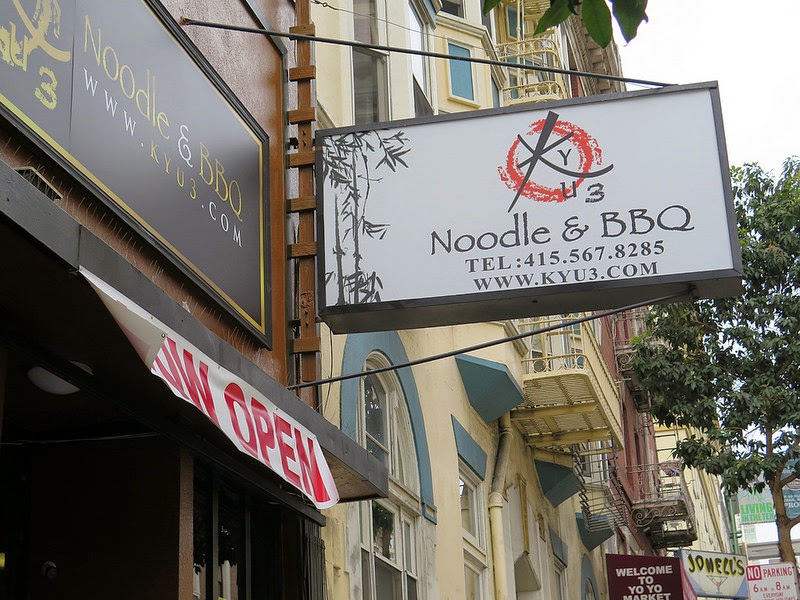 Kyu3 Noodle is the third venue of the group that brought us Kyu Sushi on Post Street (it spawned a ramen popup which ate the restaurant, now known as Fujiyoshi Ramen), and Kyu Sushi in Alameda. Despite the sushi/ramen fascination, all of the principals of record involved in the Kyu ventures have Thai-soiunding names, and Kyu3 appears to be a shotgun wedding of Thai and Japanese casual eats with a few mashups of the two (including something called Pad Sukiyaki Noodles). In general, Thailand dominates the noodle catergory, including some lesser known items like Yen Ta Fo, Boat Noodles, and our beloved Sukhothai Noodles, while the BBQ offerings are primarily Kushiyaki.  There are a few gotcha! items lurking in the menu as well, such as Squid Ink Fried Rice.

I ordered Sukhothai Noodles and a Thai iced tea, eschewing an appetizer as a nod to my teetering New Year's diet resolutions.  As described on Kyu3's menu, their version of Sukhothai Noodles includes "Small rice noodles (Recommended) pork, dried shrimp, fish balls, pork liver, BBQ pork, green beans, green onions, cilantro and parsley." Included in the "pork" category were some crispy pork nuggets, akin to chicharrones, which my Thai friend calls "Thai gribenes." Also present though not mentioned on the menu were the crushed peanuts, probably de rigeur for Sukhothai Noodles in any event. 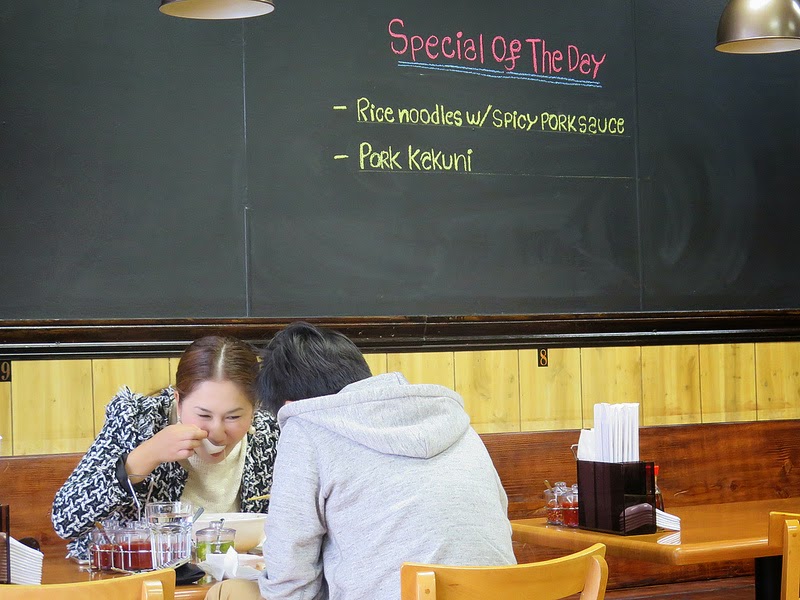 I didn't specify, nor was I asked to specify the spiciness of my bowl of Sukhothai Noodles, and it came considerably less spicy than the version I had at Amphawa.  I would have appreciated more spice, but on the other hand it came with a better balance between spicy and sour (making it more akin to a tom yum broth) and there was a jar of chili paste handy to use as I saw fit, in any event. The noodles, on the other hand, seemed livelier in Kyu3's version, as if more freshly made. The protein complement in the two versions was evenly matched (according to my recollection of my Amphawa meal) in quality and quantity.  The BBQ pork seemed to dominate in Kyu3's version. Overall, Kyu3's Sukhothai Noodles was a very satisfying meal by itswelf, and well worth returning to.

Kyu3 Noodle & BBQ is a bright and cheerful well-scrubbed spot in the midst of a pretty grim area,  across Jones Street from Father E. Boedekker Park, and its menu holds many other inducements, besides noodles, for a return visit.

Where slurped: 337 Jones Street, (between Edddy and Ellis), San Francisco
Posted by Gary Soup at 8:55 PM