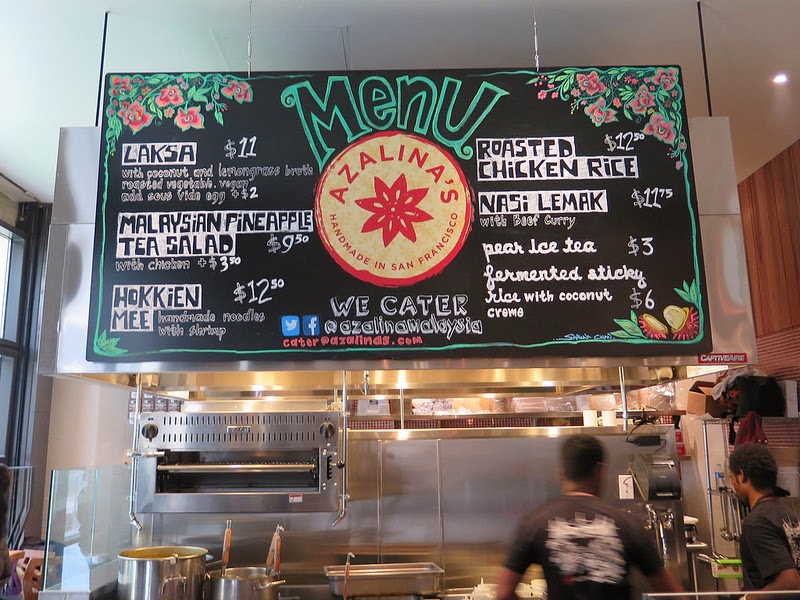 The recently opened "The Market" in the Twitter Building isn't the kind of place you are likely to find me hanging out or buying my groceries at. It is indeed a market, where you can get a jar of McClure's Pickles for $17.99 (the same pickles one can get for half the price, including shipping, directly from the source). It's the trustafarian love child of Bi-Rite Market and 7-11, and there to serve techies with stock options who work at Twitter upstairs or at Uber down the street, and miscellaneous denizens of NEMA across the street, where you can rent a nifty studio apartment for $4000 a month.   Like a 7-11 you can also get prepared foods; there's a tapas bar, an oyster bar, sushi, charcuterie, and, for those with more proletarian tastes, a sandwich bar where you can make a $14 sandwich. 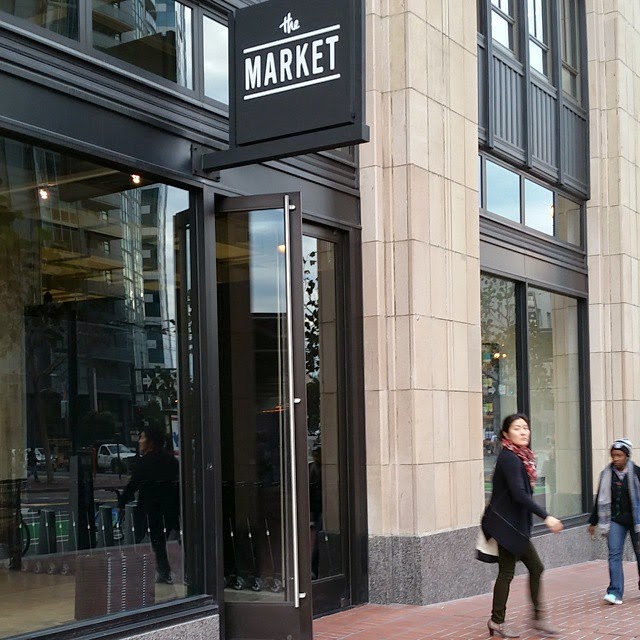 At first glance it seems almost a miracle that Azalina Eusope's venture got written into the The Market project, but such is the repute this child of five generations of  Penang, Malaysia street food vendors has earned for her renditions of Malaysian hawker fare. Progressing from a food stall at farmers' markets and at Off the Grid to a wildly successful pop-up series at Wise Son's Delicatessen and a Monday night guest chef appearance at Jardiniere, she also developed a successful catering business which wowed, among other clients, the Twitter establishment -- and the rest is history. 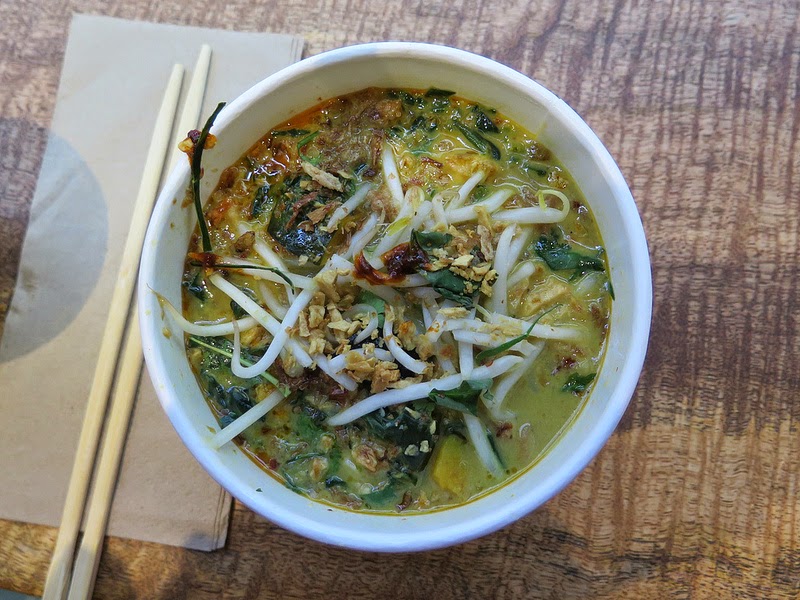 What's most remarkable is that Azalina's spiffy new takeout and counter establishment in a cozy corner of The Market is that it retains much of the night market vibe of her previous manifestations -- the menu of close-to-the-bone Malaysian favorites, the explosive flavors she coaxes out of her ingredients, and, perhaps most of all, considering the environment, the pricing. My bowl of curry laksa was the same price as last I enjoyed it standing and shivering at Fort Mason.

In addition to curry laksa, which I chose to celebrate her opening with, perched on a counter stool overlooking the Stevenson Street Astroturf lawn, Azalina's offers Hokkien Mee, Nasi Lemak, and Roast Chicken Rice.  There's also Malaysian Pineapple Tea Salad and, for dessert, fermented sticky rice.  You can wash it all down with her trademark Pear Ice Tea. 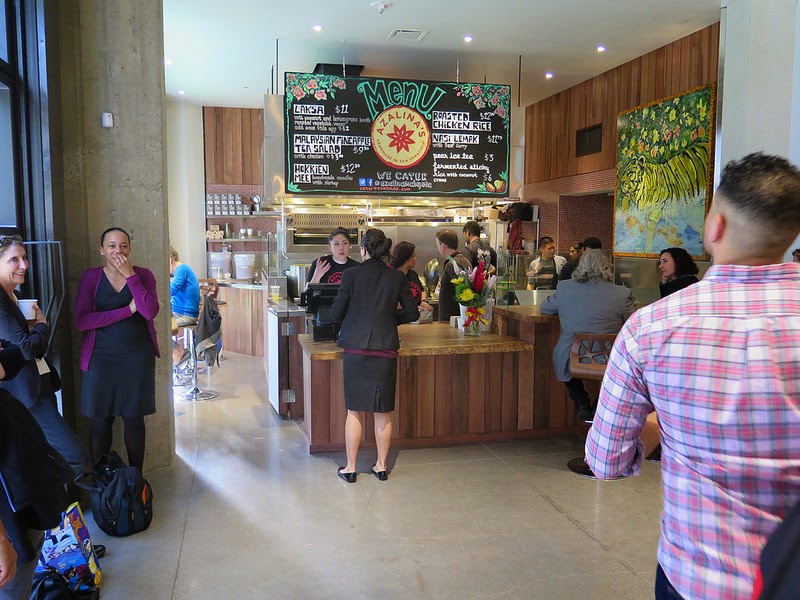 Authentic as Azalina's golden oldie menu selections are, she's not averse to tweaking. She makes her own noodles, for example, and likes to infuse them with flavors. The noodles in my laksa (perfectly al dente, by the way) were infused with turmeric,  There was also a $2 option of adding a sous vide egg, which worked well with the rest of the ingredients.

The Market in the Twitter building is unlikely to find me as a regular shopper, but as long as Azalina is there in her cozy corner keeping it real, they'll have a shot at me.