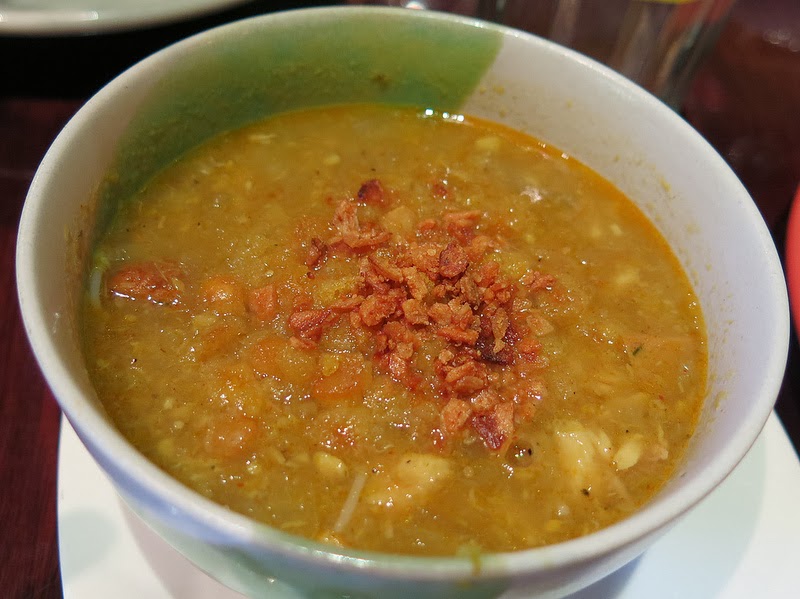 My personal "All the Mohingas" tour of San Francisco reached stop number five (of eight) with lunch at Mandalay Restaurant on Cailfornia St. today. (If you don't know that mohinga is the catfish chowder with rice vermicelli that is invariably tagged as "Burma's national dish," you haven't been paying attention.

Mandalay is San Francisco's reigning matriarch of Burmese cuisine, having dispensed it since 1984 at California Street and 6th Avenue, just a couple of blocks from the more bruited-about but arguably less authentic Burma Superstar.  It also lacks the insanely long lines of BSS, though it doesn't lack for business of its own.  I had only a short wait for a two-top at 1:30 on a Monday, though when I left 45 minutes later there was a mob waiting to get in. 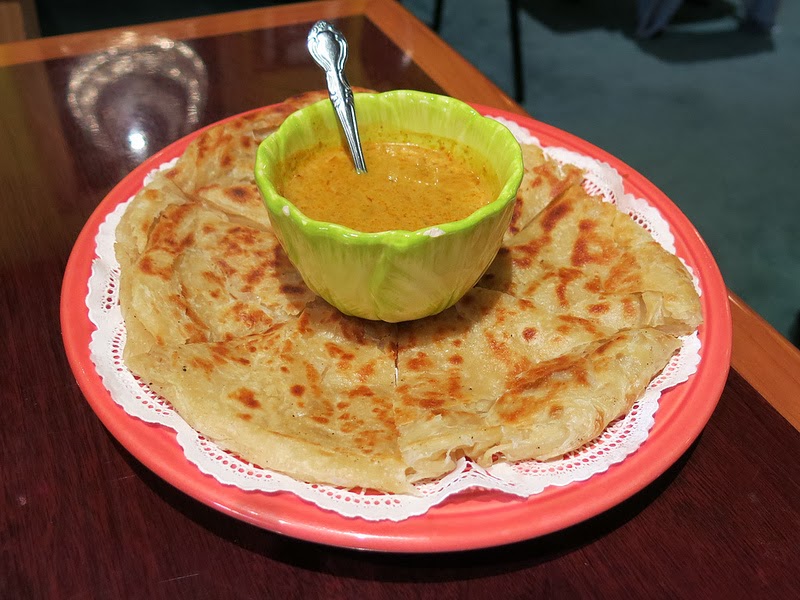 I ordered mohinga accompanied by an order of balada, the Burmese term for paratha, or a multi-layer pan-fried flatbread. I was taken aback when my server asked if I wanted a large or small bowl of mohinga (an option I was unaware of), then suggested a small bowl would be enough since I also would be having the balada. "When you come to a fork in the road, take it," as Yogi Berra reportedly once said, so I took her advice and went for the smaller serving. In retrospect, this turned out to be a strategic mistake on my part. Though the large, doughy (but not overly greasy) balada was certainly filling, and the delicious curry dip cause me to eat half of it before my soup arrived, I feel I shortchanged myself for not getting the larger bowl of what turned out to be probably the tastiest mohinga I have yet to encounter.

The breakfast-sized bowl of catfish chowder with the slender rice noodles lurking beneath the surface came relatively unadorned (no slices of hard-boiled egg, for example) but with a generous amount of fresh cilantro and lemon wedges on the side in a condiment caddy.  The chowder was richly fishy (in a good way), thicker and more peppery than other versions I have tried, and had a slight smoky cast to it.  A few sprigs of cilantro and the juice from a single lemon wedge brought the broth to a citrusy perfection.  I drained the bowl (as I usually do) but would have licked it clean if it were big enough to stick my head it.  Next time I'll go for the Big Boy!

I finished the balada as well, and would have drunk the remaining curry sauce from its bowl had I been sure no one was watching, it was that good. 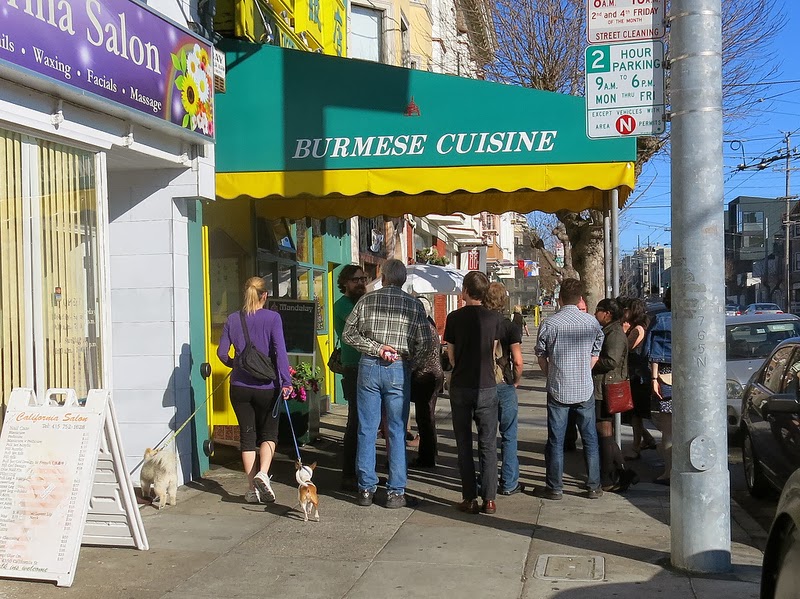