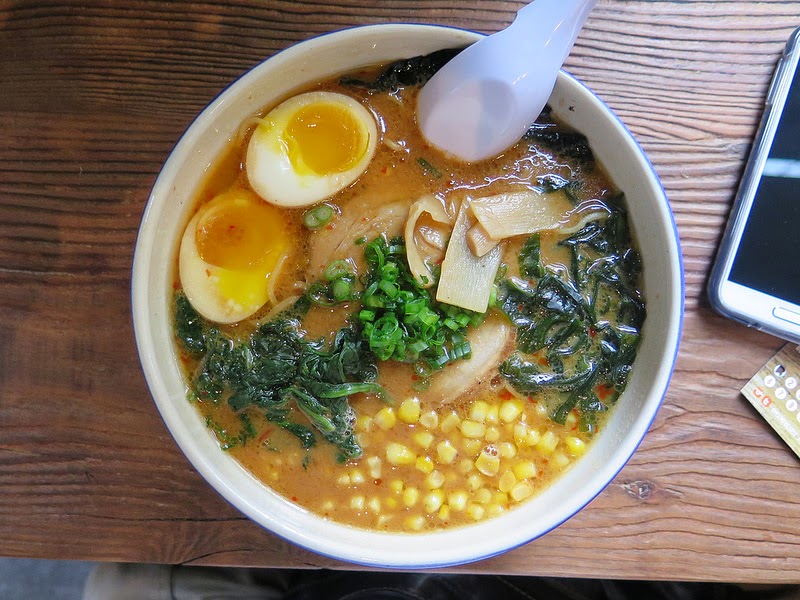 It started out as a jaunt to Embarcadero 4 to verify the opening of Crystal Jade Jiangnan, and, especially its ground floor takeout operation, Singapore to Go. While the main restaurant indeed opened on schedule, the street food spawn, I discovered, is a month away. This left me hungry and heading to 101 California and Ken Tominaga's Ramen Bar, just a stone's throw away. 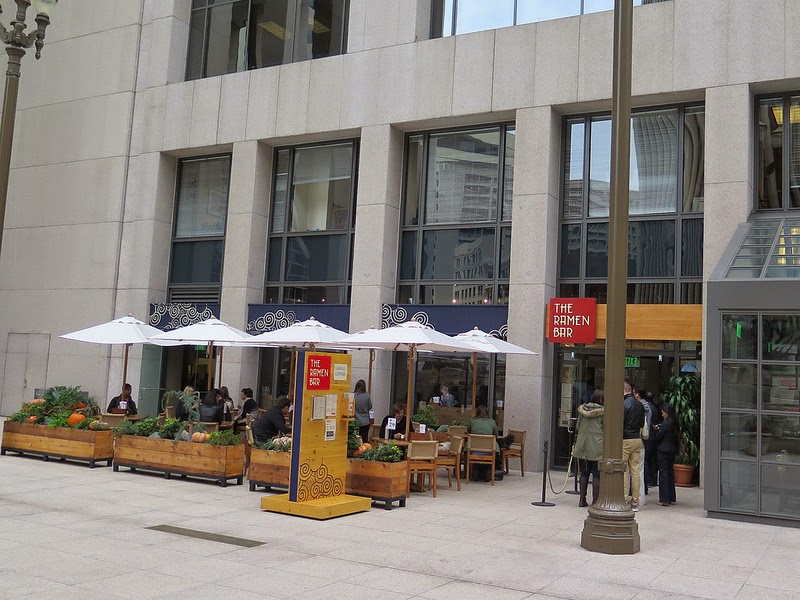 I don't often find myself waiting in line for ramen, but it was high noon in the FiDi and lines were pretty much everywhere I would want to eat. It was a fast-moving line, and soon I found myself seated at the counter by the window waiting for order #30, which happened to be "Chasu Miso-Butter Hokkaido."  It was a $14 bowl of ramen, and only once before had I spend as much as $14 for ramen, at Ippudo in New York, though that was in 2010 dollars. I normally would wrinkle my nose at a "butter" broth, but this bowl featured fresh corn (which I love in my ramen) and butter goes with corn like Zhenjiang vinegar goes with xiao long bao.

When my ramen came, my $14 bucks seemed well-enough spent; the butter and corn flavors merged beautifully with the miso broth, making for a broth that was as rich without being as heavy as a tonkotsu broth. Garlic, soy-cured egg and scallion tops and menma also accompanied the thin, tender slices of chashu pork, and there was no stinting in the noodle offering with thin, chewy noodles cooked to perfection. 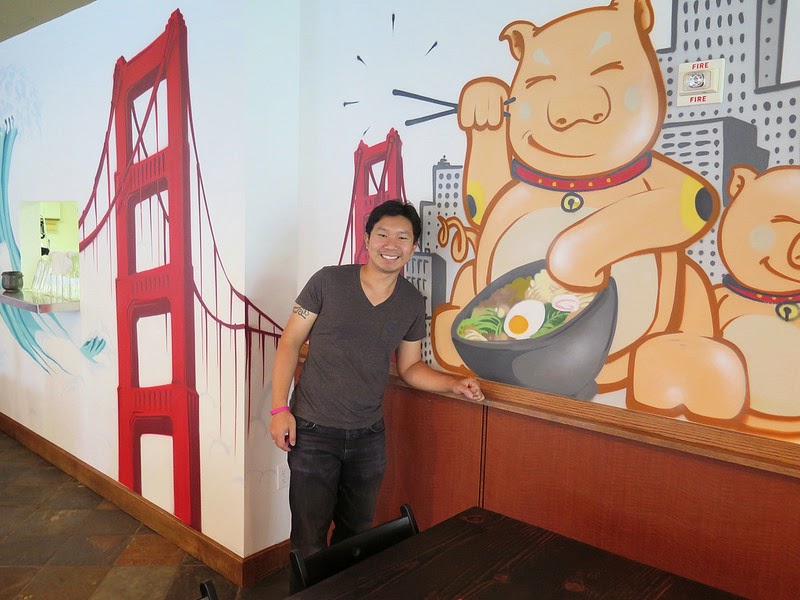 Ramen didn't come into my mind randomly after Singapore to Go failed me; I had stopped off earlier on my journey down Clay Street to check up on the progress of Kirimachi Ramen's new venue at Embarcadero 3.  Luckily chef Leo Gondoputro was on the premises. All the paperwork was in, and newly-hired servers were being trained on the POS system as we spoke.  He was free to serve ramen as soon as he wanted, Leo told me, and expected to be  open for business by Friday, Nov. 21 or Monday, Nov. 24.  Kirimachi will be open continuously from lunch through dinner, with "happy hour" specials in between.  Kirimachi plans to make its ramen in-house, but the noodle machine has yet to arrive.  There will be also be a "shake-down" period while Leo tweaks the product to his requirements, so don't expect house-made noodles before the  first of the year.

Where to go: Kirimachi Ramen, 3 Embarcadero Center (entrance on Clay St. near Davis St.)
Posted by Gary Soup at 9:47 PM