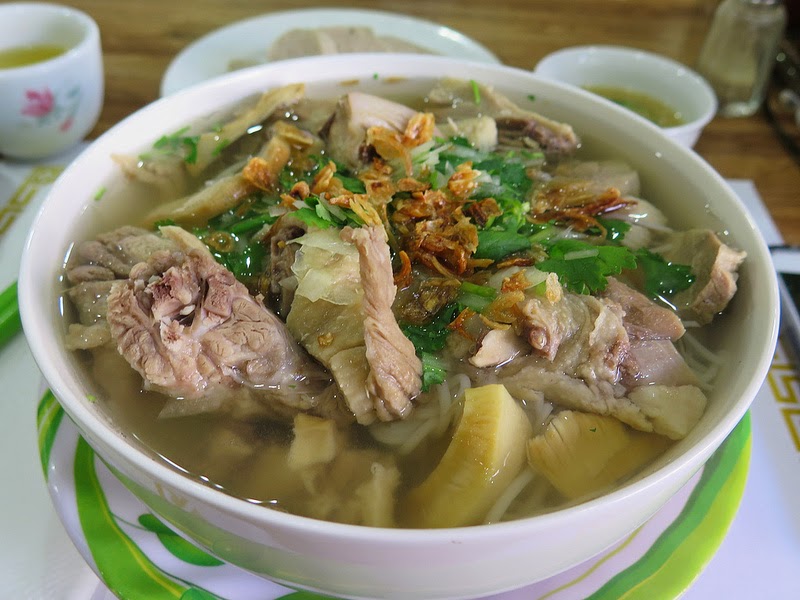 Continuing my Thanksgiving tradition of having alternative fowl (whether I also fall into turkey or not), I headed for the Tenderloin on a duck hunt. I had no plan in mind, armed with the knowledge that at least Hai Ky Mi Gia (it of the shapely duck leg fame) would be open for lunch, based on past experience. But not to worry: I bagged my prey with my first shot, at Tuyet Mai, open for the day on Thanksgiving.

I didn't have to look far down the menu for my canard du jour: there at Number 4 in the Hue City's specialties section was "Bun Mang Vit, duck with bamboo shoot noodles soup."  For good measure, I ordered an appetizer, Cha Hue, "pork patty." Cha Hue is sometimes described as "Vietnamese ham" but actually is more like the pâté used in banh mi. 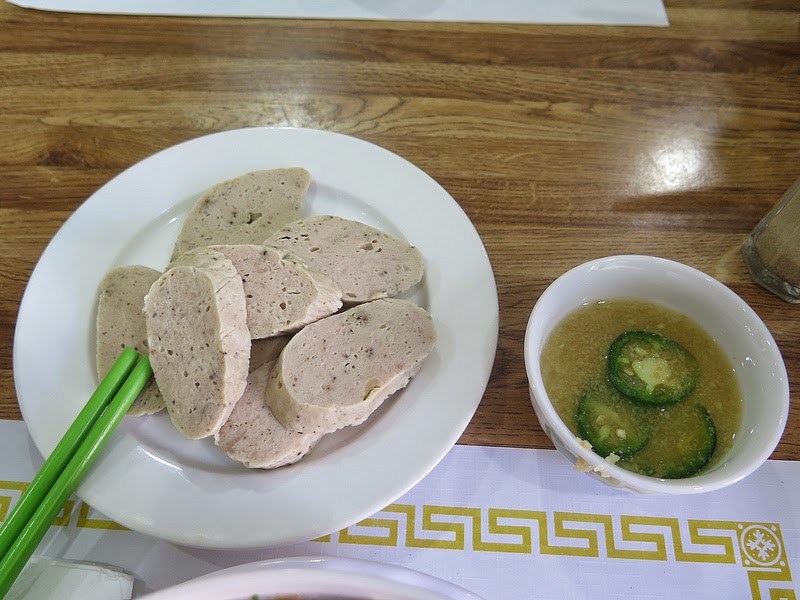 The marriage of duck and bamboo shoots is one I'm very familiar with from my Shanghai sojurns, but the Vietnamese seem to have turned it inside out.  Instead of "old" (salted) duck and fresh bamboo shoots, bun mang vit brings fresh stewed duck and rehydrated dried bamboo shoots. The broth is a subtle, gingery chicken-based broth, not too different from a pho ga broth, though the bamboo adds a slight funkiness. Using all the Vietnamese mint leaves and lime wedges provided as condiments brightened the broth considerably. There was a veritable mountain of duck in my bowl, though it was on the bone, which made for a messy experience. (I haven't crossed the cultural boundary of spitting out bones on the table, but clean fingers and a generous supply of napkins saved the day). There was a plentiful quantity of noodles, which, as the dish's name implies, were rice vermicelli, more suited  for slurping than chewing. 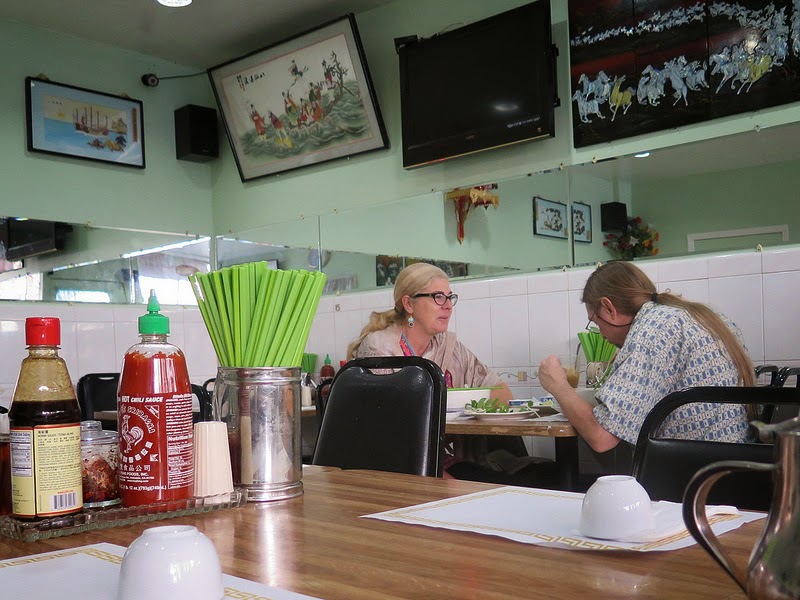 I can't say bun mang vit is the most exciting bowl of noodles I've had at Tuyet Mai (or Ngoc Mai in its previous life), but it filled the bill as the un-turkey I was seeking and left me contentedly full without feeling stuffed. The cha Hue I ordered as a side was tasty and a generous portion for $3.70, but it too had an unctuous character and I found myself wishing I had ordered something that contrasted more with the noodle soup.