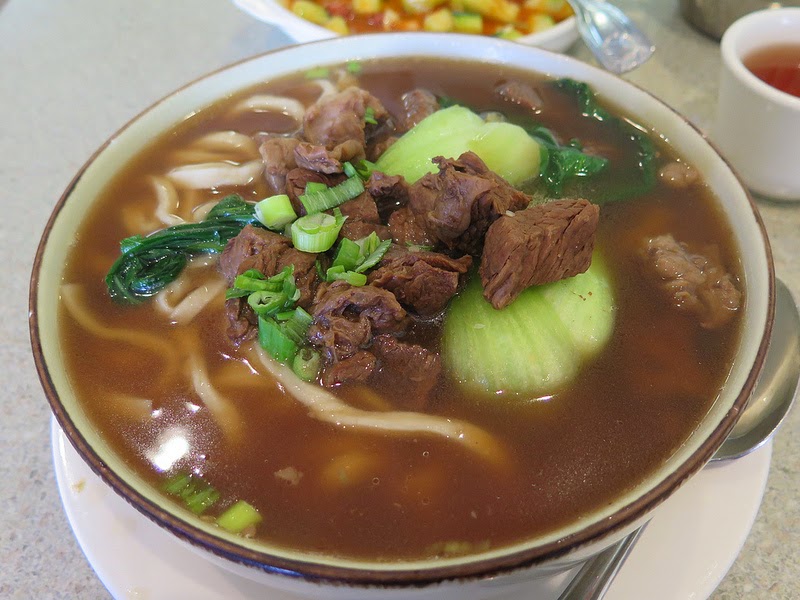 After seven straight posts featuring exotic Vietnamese,  Japanese or Burmese noodles, I felt like I had returned home from a long journey when I sat down to a simple bowl of muscular hand-made wheat noodles with red-cooked beef at China North Dumpling. China has never actually been my home, at least not for more than a month or two at a time, but it's the place I developed a love of noodles, expecially hand-pulled wheat noodles. Chinese restaurants are also places where I can exhibit a little menu-reading competency.

"Number 1 Beef Noodle," I said to the server. "It's not spicy," she said. I shrugged. "Hong shao," I said, to confirm my choice. "Hong shao," she repeated, nodding.  It was the first time I had been warned by a server in an Asian restaurant that something I ordered wasn't spicy.  The reason, I postulated after looking over Yelp reviews and photos of China North Dumpling, is that No. 2, "Spicy beef noodle soup" (which I previously reviewed) is extremely popular and the servers may have come to expect it to be the choice when someone points at that section of the menu. No. 1 on the "Hand Made Noodle" section of China North Dumpling's menu is listed simply as "Special Beef Noodle Soup" in English, or hong shao niu rou mian (red-cooked beef noodles) in Chinese. Being married to a Shanghainese woman who cooks, I can confidently explain that "red cooked" meas there is a lot of soy sauce involved (and yes, a smidgen of sugar). Red-cooked beef noodle soup is a basic Shanghainese/Taiwanese soup form that cries out for noodles of great substance. It can be made spicy or not, faintly or sharply aromatic and medicinal, and can have any number of veggies thrown in to dude it up. But it must have noodles that can walk the walk. 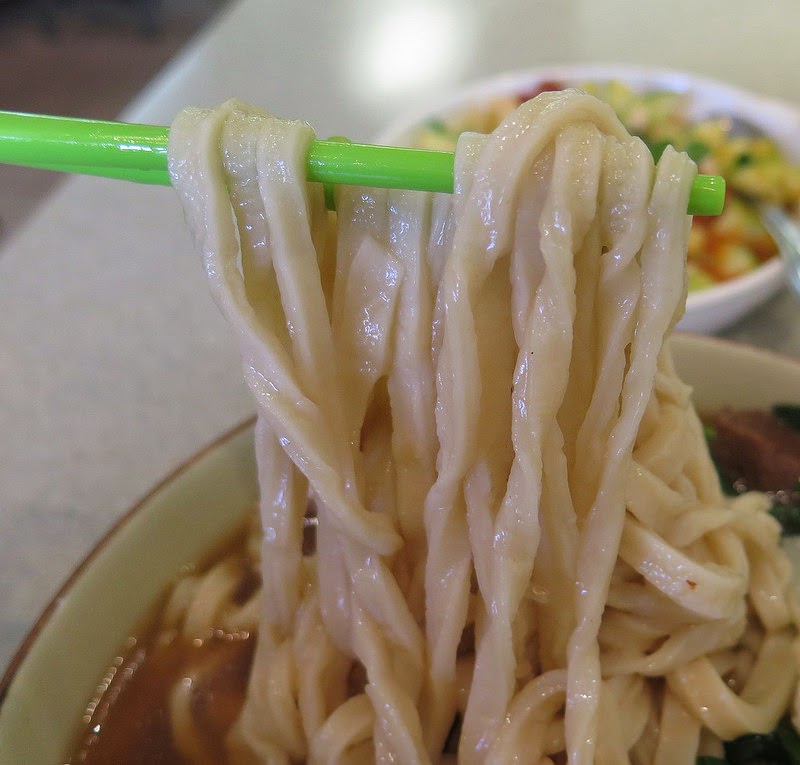 China North Dumpling's red-cooked beef noodle soup is of the most basic, noodle-enhancing variety. A generous portion of red-cooked beef brisket in a soy sauce broth that is slightly sweet and slightly aromatic, and two stalks of Shanghai bok choy propped up by a tangle of thick, chewy noodles whipped out by the two ladies in the back of the store.

Lift the noodles out of the broth, admire their heft and suck them down.  It's an act of worship, I tell ya.