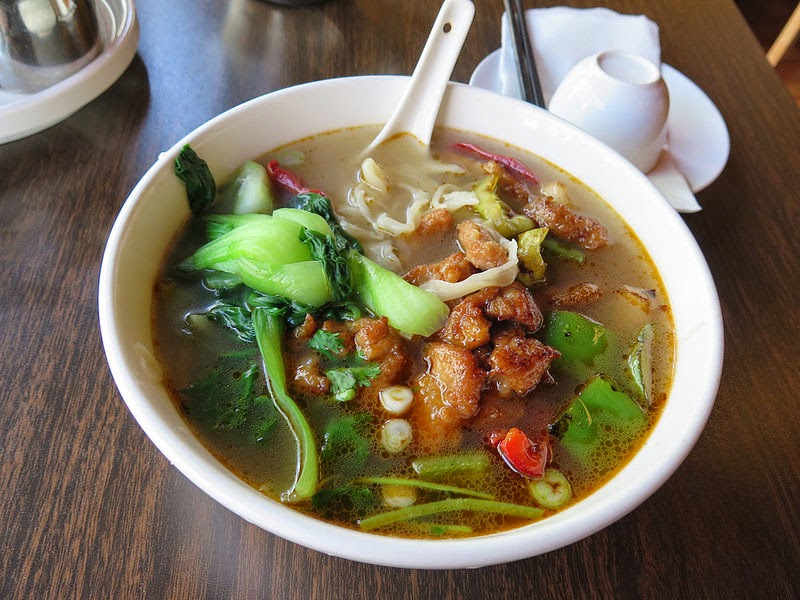 The flat wide noodles I specified for my House Spicy Chicken Noodle Soup at House of Xian Dumpling were on the ragged side, though of uniform thickness and consistent in bite. I felt they were too thin overall, though, and became too soft by the end of my slurping. The broth was gingery and only medium spicy, but probably appropriately so for a chicken soup.  The nuggety chicken pieces had a strange, soft, mystery meat texture to them.  Veggies were mostly green and red bell peppers, some celery and a stalk of bok choy. 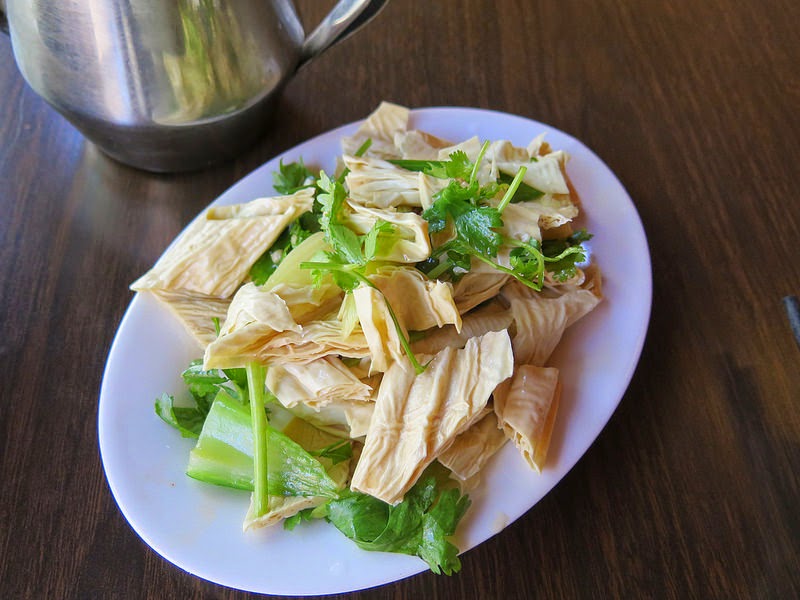 The Bean Curd Sticks Salad With Cilantro I chose as an appetizer was mostly just that, with a bit of celery and a bland dressing. It was not nearly as exciting as the spicy version with cucumber and peanuts I've had elsewhere.

Overall, I preferred the braised beef noodles and especially the beef tendon noodles I had previously at House of Xian Dumpling, and probably wouldn't order the House Spicy Chicken Noodle Soup  again.