A Well-endowed Bun Bo Hue At O'Mai Cafe, Oh My! 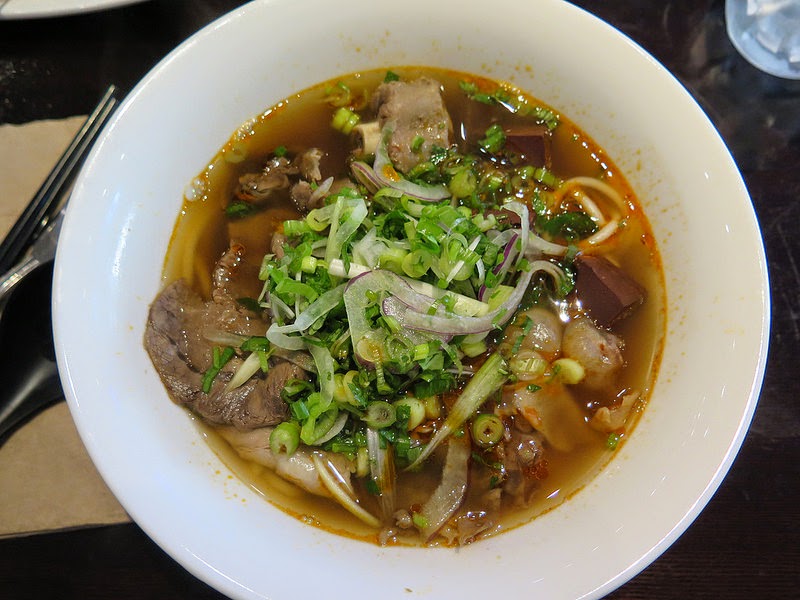 The recent opening of O'Mai Cafe stuck in my head on account of early Yelp reports that they were offering a Kobe beef banh mi. I was about to meet Andrea Nguyen at a book signing of her new Banh Mi Handbook, and it was a bit of intelligence I knew she would be interested in. The Yelpers had also mentioned a Bun Bo Hue at O'Mai, but I didn't give that a second thought.

I've been craving a good Bun Bo Hue since Ngoc Mai closed down and Ha Nam Ninh apparently stopped offering it as a Friday-only special. But a hip new place in Burma Superstar territory pushing a Kobe beef banh mi would be serving up a gueilao-friendly, toned-down version, right?

Exactly. Except, as I learned from a posting by Rachel Khong on SFGate.com this morning, the accessible version was the "regular" Bun Bo Hue.  For a buck more, they offered a "Special" version, made the old-fashioned way. I was on it immediately. 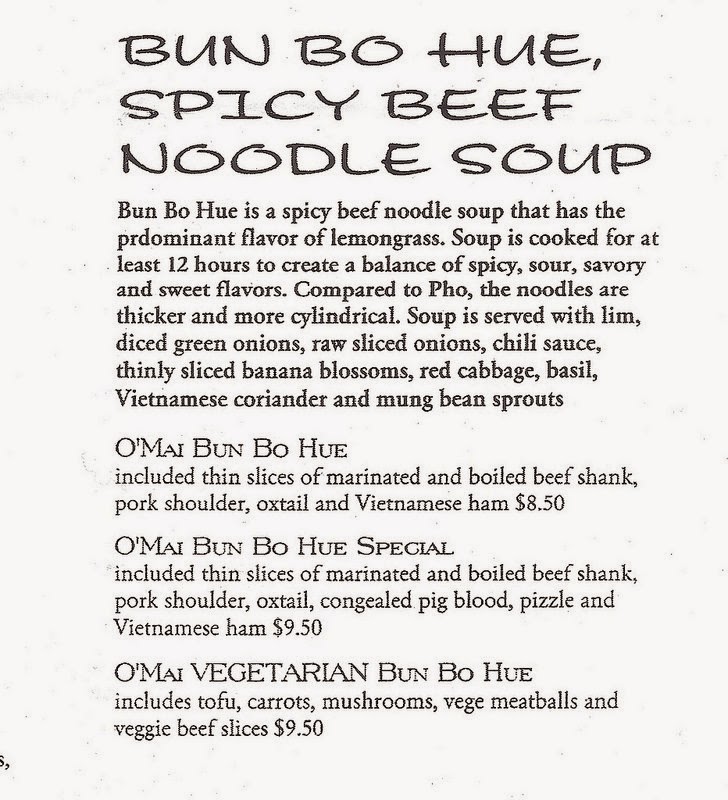 O'Mai Cafe, in the space that recently held Cafe Barley and before that Java Source, has a simple lunch menu that includes "Salad Rolls," a couple of Banh Mi sandwiches (including the aforementioned Kobe beef), "Crepes"  and "Vermicelli Bowls" but seems to want to put Bun Bo Hue at the center of attention. In addition to the entry level and full monte BBHs, a (gasp!) vegetarian version is also offered.

According to O'Mai's menu, their basic Bun Bo Hue includes thin slices of marinated and boiled beef shank, pork shoulder,  oxtail and Vietnamese ham along with the luxuriant vegetation that goes into the broth. The "special" version adds the requisite cubes of congealed pork blood and "pizzle," (a. k. a. bull penis) and at least all of the above were present in my soup.  (Online dinner menus and some accounts refer to "Rocky Mountain oysters" but not pizzle, but the naughty bits in my soup were definitely the latter.) The udon-esque rice noodles were nicely al dente.  With Ms. Khong, I found the broth a little under-spiced, and requiring augmentation beyond addition of the jalapenos from the garnish dish (they, too, seemed to lack heat.). 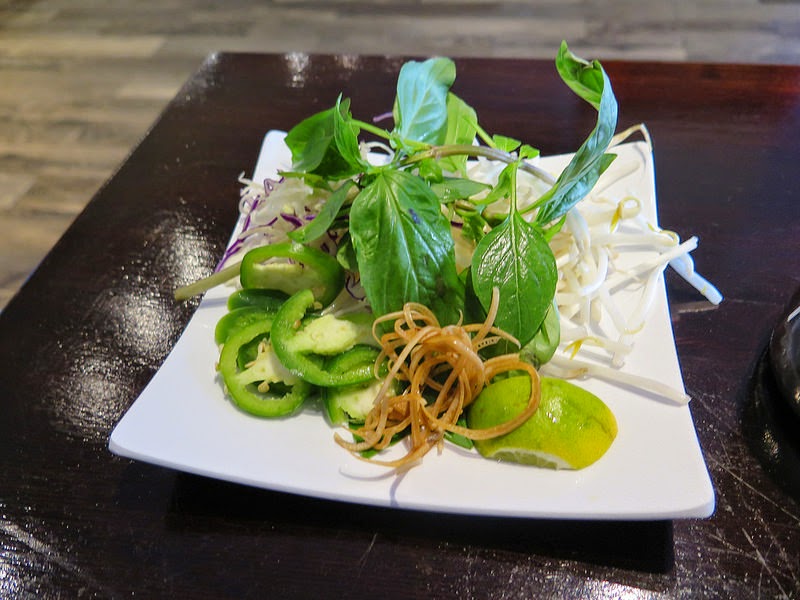 Along with wishing for a more aggressive broth, I'd hope for the oxtail to be cooked a bit longer, as the meat didn't separate from the bone easily enough.  Other than those two shortcomings, my Bun Bo Hue was a pretty ballsy bowl of soup to find in the midst of hipsterland, and one that I will gladly return for. 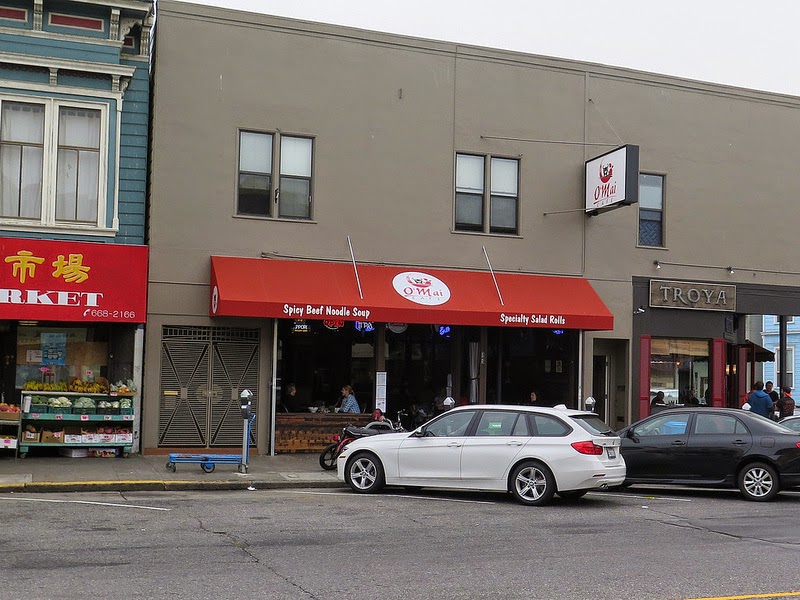