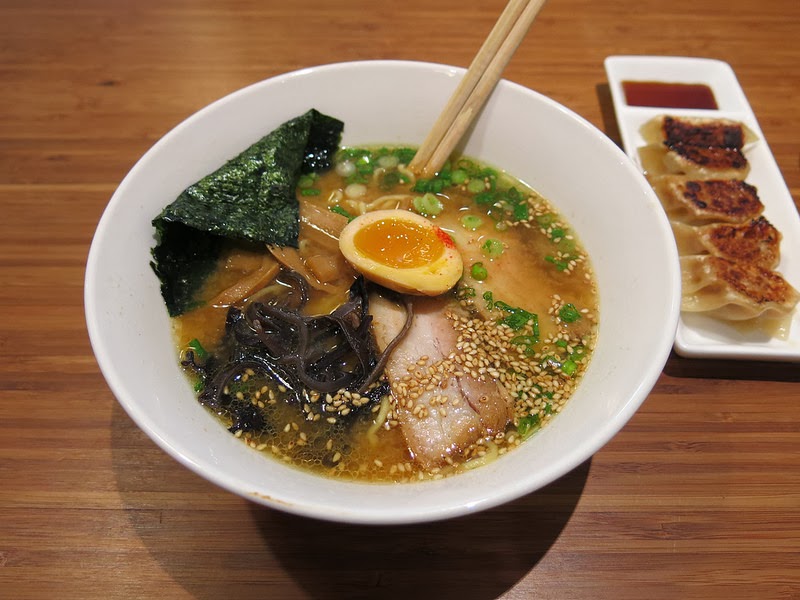 Ramen service has been literally popping up all over San Francisco. (Okay, figuratively; only weasels and turkey timers literally pop up.)  Initially it was aspiring ramen slingers showing their stuff during down time at unrelated restaurants (like Kenji Miyazaki's popup in a Salvadoran Restaurant called Panchita's #3). Lately, existing izakaya and sushi restaurant owners are caterering to the ramen craze by creating ramen pop-ups during slack times (e.g. lunchtime) within their own establishments. (They're pop-ups, apparently, instead of simple menu expansions because they are given a name of their own.)  Such has been the case with Iza Ramen, within Blowfish Sushi in the Mission, and with Fujiyoshi Ramen, operating in the same premises as Kyu Sushi in, er, "Lower Nob Hill."

I chose Fujiyoshi as my first "kept" ramen pop-up to vet because it happens to be closer to me than Iza. The hipster Mission can wait. Fujiyoshi Ramen and Curry (as it is dubbed on a separate menu) is also close enough to Katana-ya to provide competition to that always-crowded ramen eatery.

There was only one other table occupied when I arrived at my usual late lunch hour (just after two) but there was no problem ordering ramen. (I suspect they serve it up to dinner time.)  I asked the server what she considered the house specialty. "Tonkotsu or miso," she said (which didn't say much for the shoyu, which was the only other choice).  I'm not much of a tonkotsu type, so I ordered the miso ramen, a basic bowl with no extra toppings ($9), but with a side order of house-made gyoza. (Loading up your ramen with extra toppings, IMHO, gets in the way of judging it on its own merits.) 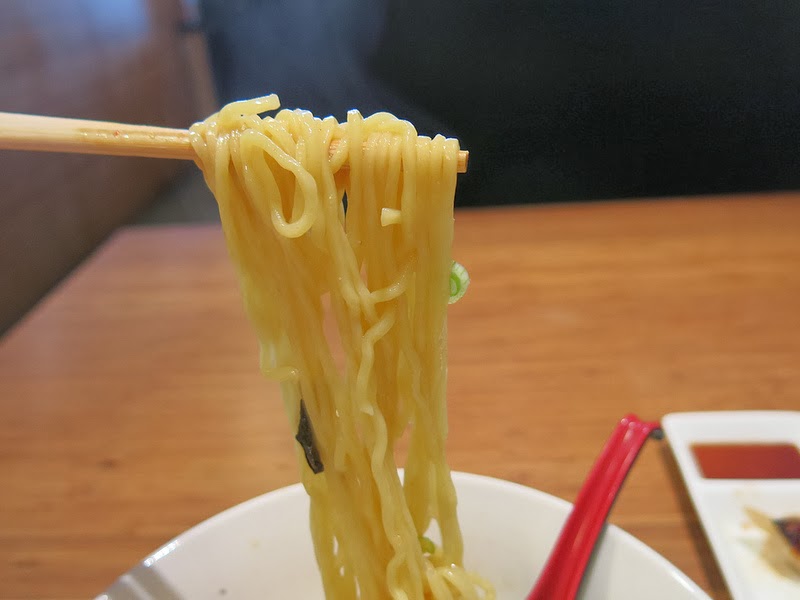 My ramen came topped according to the standard ramen-topping catechism (chashu, menma, onions, shredded wood ear mushrooms, nori and scallions) as well as sesame seeds (no kamboko, thank you very much!). The not-too-heavy miso broth was satisfyingly savory without being overly salty, and served at the right temperature.  The noodles (straight kyushu-style, though curly Tokyo-style are available on request) cooked just right, and the toppings, broth and noodles all were in good proportion to each other. It was a bowl that I enjoyed very much.

The house-made pan-fried gyoza (five to the order, a little on the tiny side) were also tasty enough to order again.

I started this blog as not much of a ramen fan, but I'm tractable, and my learning experience is making me capable of enjoying a good bowl of ramen in its place. Fujiyoshi Ramen at Kyu Sushi seems a pretty good place for it.