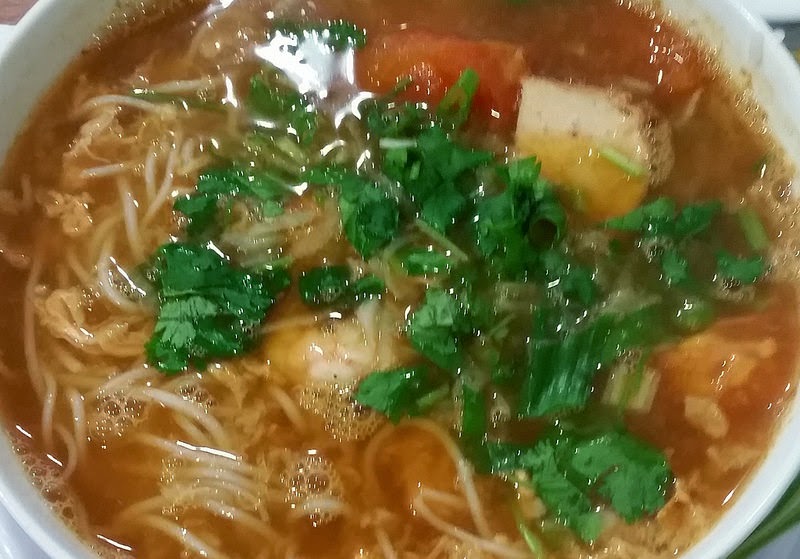 A random craving for the tomato and crab soup known as bun rieu (or more precisely bún riêu cua) took me to my New Best Friend in the Tenderloin, Tuyet Mai. I'm a relative newbie when it comes to bun rieu (usually distracted by the other bun, bun bo Hue), having previously only had a sensationally crabby-eggy version at a pop-up by The Soup Junkie at Vinyl Wine Bar, and a lesser version at a sidewalk pop-up by the Rice Paper Scissors collective.

When I got my bowl of bun rieu, along with a side order of cha tom (shrimp patties) I had an inkling of a subliminal factor that may have steered me towards this noodle soup -- its festive colors. The red tomato segments and the bright green coriander leaves in a reddish broth gave it a downright Christmas-y mien; The Vietnamese mint leaves I added with abandon added to the greenery, and made visions of candy canes dance in my head, too. 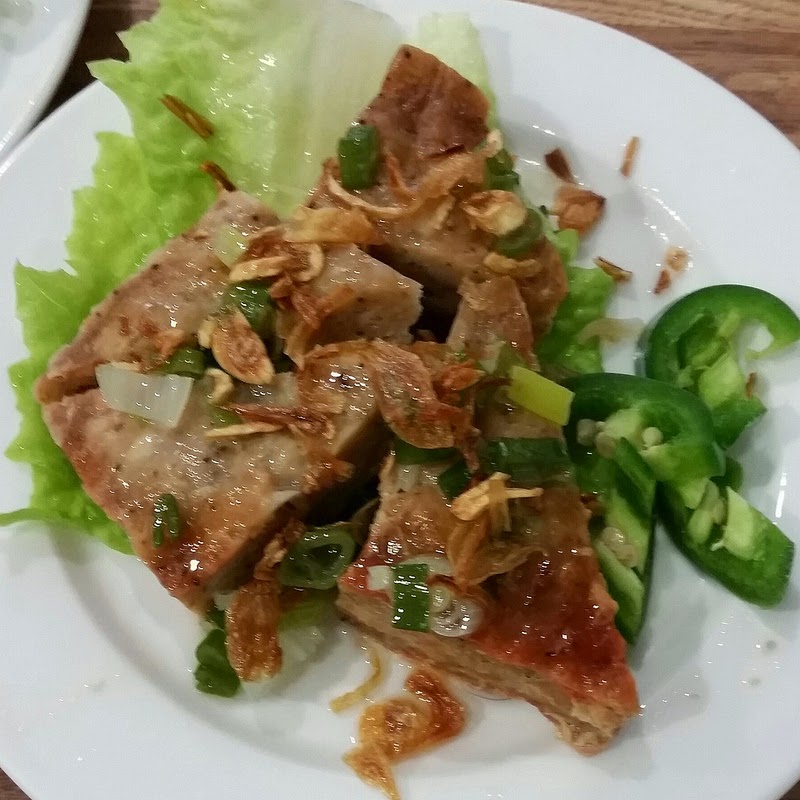 There are apparently several variants of bun rieu. Tuyet Mai's menu has it listed under "Specialties from Hue City" so it's presumably a Hue version they serve. Tofu, tomato wedges and shreds of crab, along with delicate bun noodles of the thinnest grade inhabited a broth with a prominent shellfish note. Unlike The Soup Junkie's version, it had no visible egg, and tasted less of crab and more of shrimp, presumably from shrimp paste. It also came with a degree of tartness which I enhanced with a squeeze of lemon.  Unlike Tuyet Mai's other notable buns, bun bo hue and bun mam, this is a subtle, contemplative broth, presumably meant to be enjoyed as such, since it came with a garnish  plate that included no jalapeno slices.

And enjoy it I did.

It was good to see Mom Tuyet in the house, bouncing and beaming as she commanded her kitchen. If they'd hung up mistletoe I'd have kissed her.