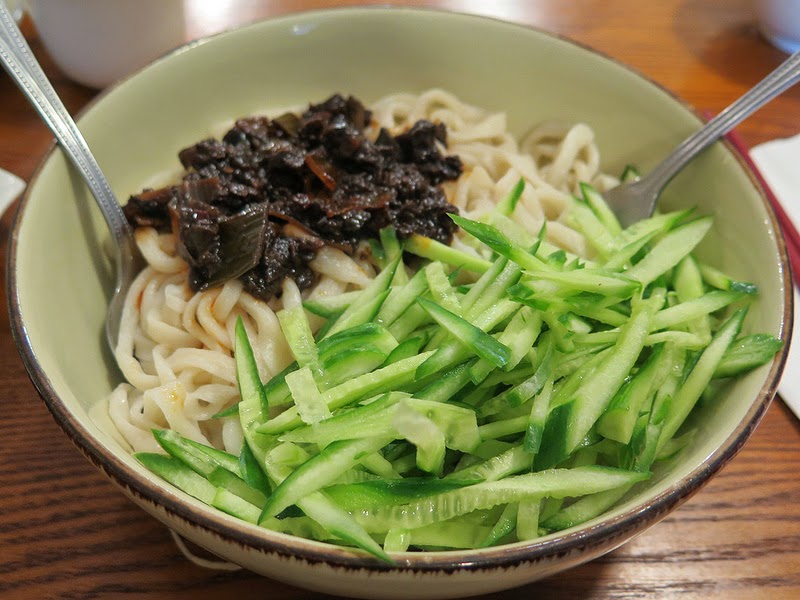 It seemed time to pay another visit to my friends at Xi An Gourmet and try yet another of their noodle offerings. Perusing my paper menu in advance, I set off a ping-pong game in my head between dan dan mian and zha jiang mian. Neither is a Xi'an dish, though dan dan mian originated in Shaanxi province's neighbor Sichuan. On the other hand, zha jiang mian is a Shandong specialty, and Xi An Gourmet has a long reach to Shandong, starting off as San Dong House and adding a Xi'an layer and identity by securing a chef from Xi'an. Based on my previous experience with Xi An Gourmet's shui jiao (dumplings), it appears that they could hit it out from either side of the plate. Advantage zha jiang mian. 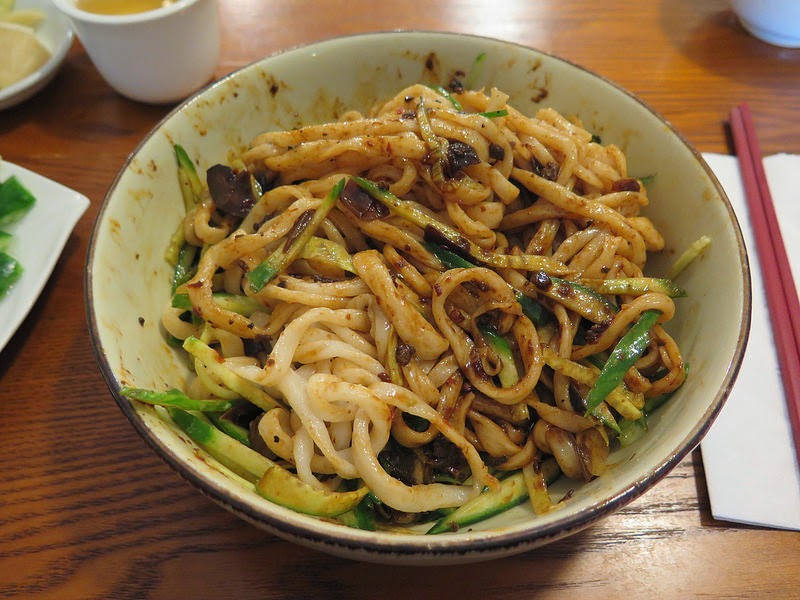 Zha jiang mian literally means "fried paste noodles" and consists of thick wheat noodles topped with fermented bean paste containing ground pork and a generous amount of julienned cucumber and/or carrots, to be tossed or stirred with the noodles at the table. At Xi'an Gourmet, the noodles are hand pulled (which, of course, is why I was there). There is also a version of zha jian mian popular in Shandong's neighbor Korea, which tends to have a sweeter, more saucy sauce. I am not particularly fond of the Korean version. 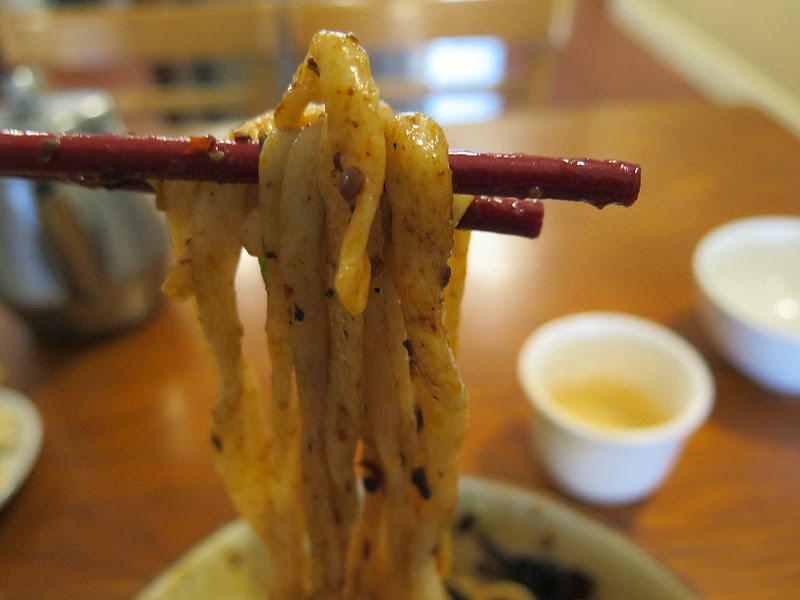 After waffling between the two noodle dishes, I ordered the zha jiang mian accompanied by a side order of cucumber with garlic sauce. (I had settled on this appetizer before making my noodle choice, blithely unaware of how much cucumber I would have to consume at one sitting.)  I found the sauce a little on the thick side, making the task of stirring to cover all the noodles difficult, and causing the noodles to tend to stick together.  The julienned cucumbers were fresh and crunchy, affording a welcome counterpoint to the chewy noodles.

The noodles themselves, as usual, were the real star. It may be my bias toward thick noodles, but I feel that Xi An Gourmet's are among the best in the City, both in the making and in the cooking.  For $6.99, they could have served me naked noodles with a salad mister and a salt and pepper shaker, and I would have been happy with my creation.